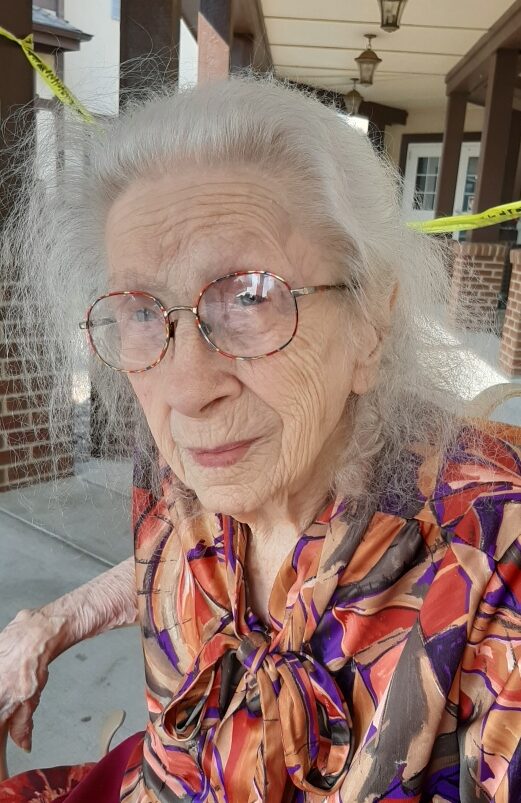 Alberta L. Tennant passed away peacefully on January 18, 2022, at the age of 103. She was born in Clarence, Iowa in May of 1918. Raised on a farm, Alberta was a graduate of Clarence High School and attended Iowa State University at Ames as well as ABC Business College in Des Moines. In 1943, she married Robert D. Tennant and lived in Tombstone, AZ near Fort Huachuca during World War II. Robert was in command of US Army troops known as Buffalo Soldiers. In 1947, they moved to Pueblo, CO where Robert took a position with CF&I Steel until his retirement.
Alberta volunteered as a docent with the Pueblo Zoo and participated in the Zoo’s Educational Program. She brought animals and music to nursing homes and schools throughout Pueblo. She felt it was important for children and adults to know and understand more about animals and conservation.
Alberta was active in music activities while singing in community choruses, church choirs and numerous music clubs. She was a member of the Citrus Sisters, a trio that sang sacred and humorous programs in the area for a number of years. Singing took her to Europe when the Pueblo Symphony Chorale toured under the direction of Gerhard Track.
Alberta was a member of St Paul United Methodist Church for more than 50 years. She was also a member of Chapter BT, P.E.O.
Alberta was preceded in death by her son, Timothy Paul in 1976 and her husband, Robert in 1994.
She received excellent care while residing at Chateau at Sharmar Village and support from Abode Hospice of Pueblo.
Cremation, Montgomery & Steward Crematorium.  At Alberta’s request there will be no services.