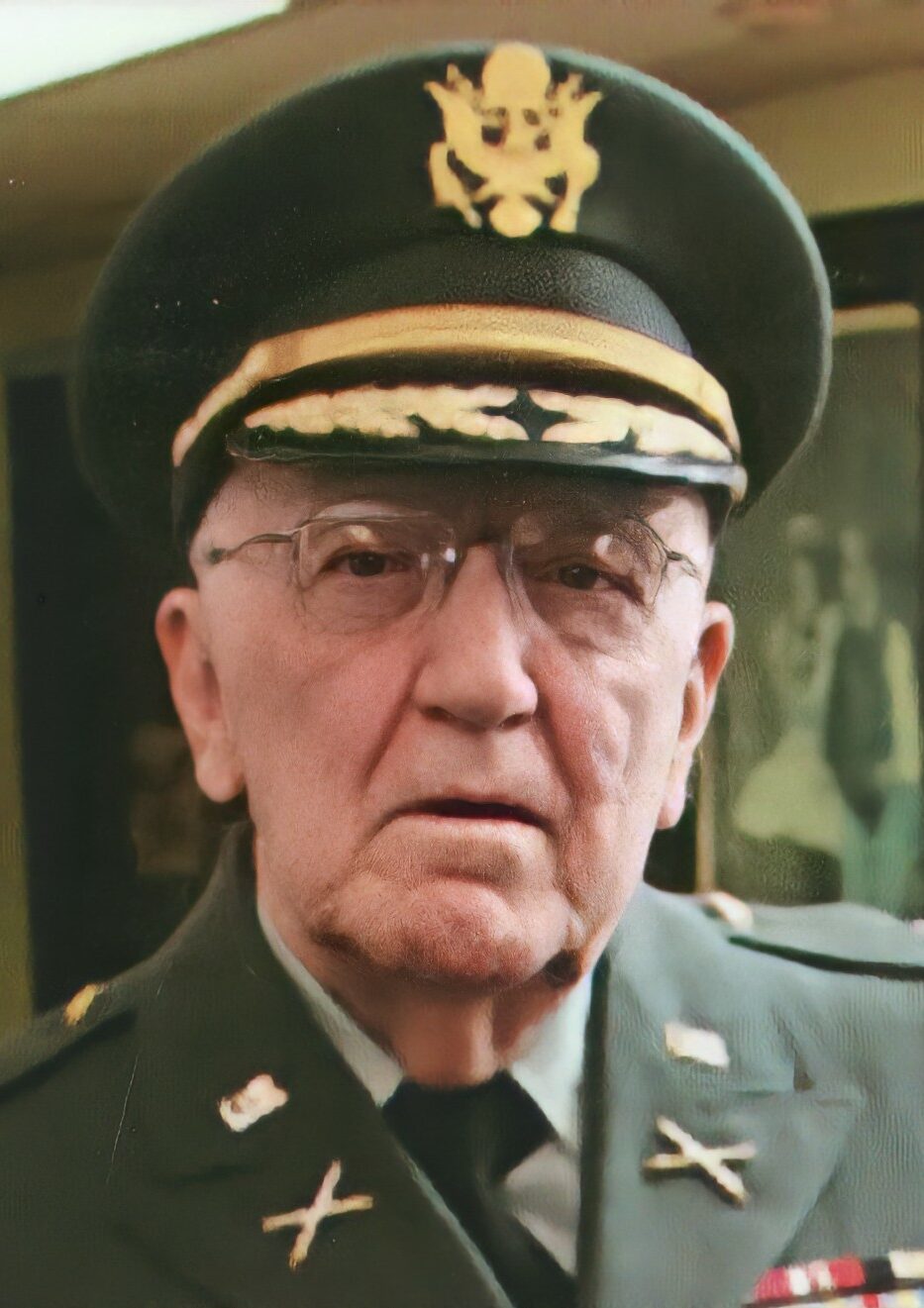 His first job was with the C&S RR as the timekeeper during the summer of 1944 and following graduation in 1945.  He was drafted into the Army and served in Italy.  He retired from the U.S. Army as a Lt. Col. FA. with 28 years of service.

He began his college work at the Holy Cross College (the Abbey) in Canon City, CO.  He transferred to NM Highlands University where he graduated in 1950 with a B.A degree in Biology.

His first teaching assignment was at Vilas HS, where he taught, coached and drove a bus.  The next teaching assignment was at Primero HS where he taught, coached basketball and was an assistant football coach.  He earned a master’s degree in Math from the University of Colorado and taught math at South High School for 24 years and at USC in Pueblo for 7 years.

He and his wife, Rose, owned and operated Handy Dan’s Ice Co, the Top Drawer Petite Woman’s Clothing Shop and a farm in Manzanola, CO.