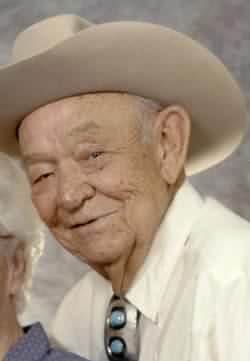 Albert J. Rogge left this world on September 24, 2001, at St. Mary Corwin Hospital. He was born in Decatur, Nebraska on September 20, 1921, to Dorothy and Charles Brown and adopted by Emma and Otto Rogge, all of whom preceded him in death. He married Marjorie Sutton, who is also deceased. He married his present wife, Vivian Hatwan, who he leaves to mourn along with his brother, Clarence and Bernice Lowrey, Malcolm, Nebraska and children, Michael and Pamela Rogge, Yantis, Texas, Vicki and Darrell Strong, Estes Park, Colorado and Clifford and Debbie Rogge, St. Cloud, Florida. Also leaves 9 grandchildren and 19 great grandchildren. Albert was retired from the Federal Government after serving in several successful capacities in the Corps of Engineers and Bureau of Indian Affairs. He retired to Colo City in 1981. He loved to hunt and fish. He will be missed. Memorial service and Masonic Rites will be held at 2 p.m. Sunday, in the Montgomery & Steward Chapel. Memorials may be made to American Heart Association through the funeral home.