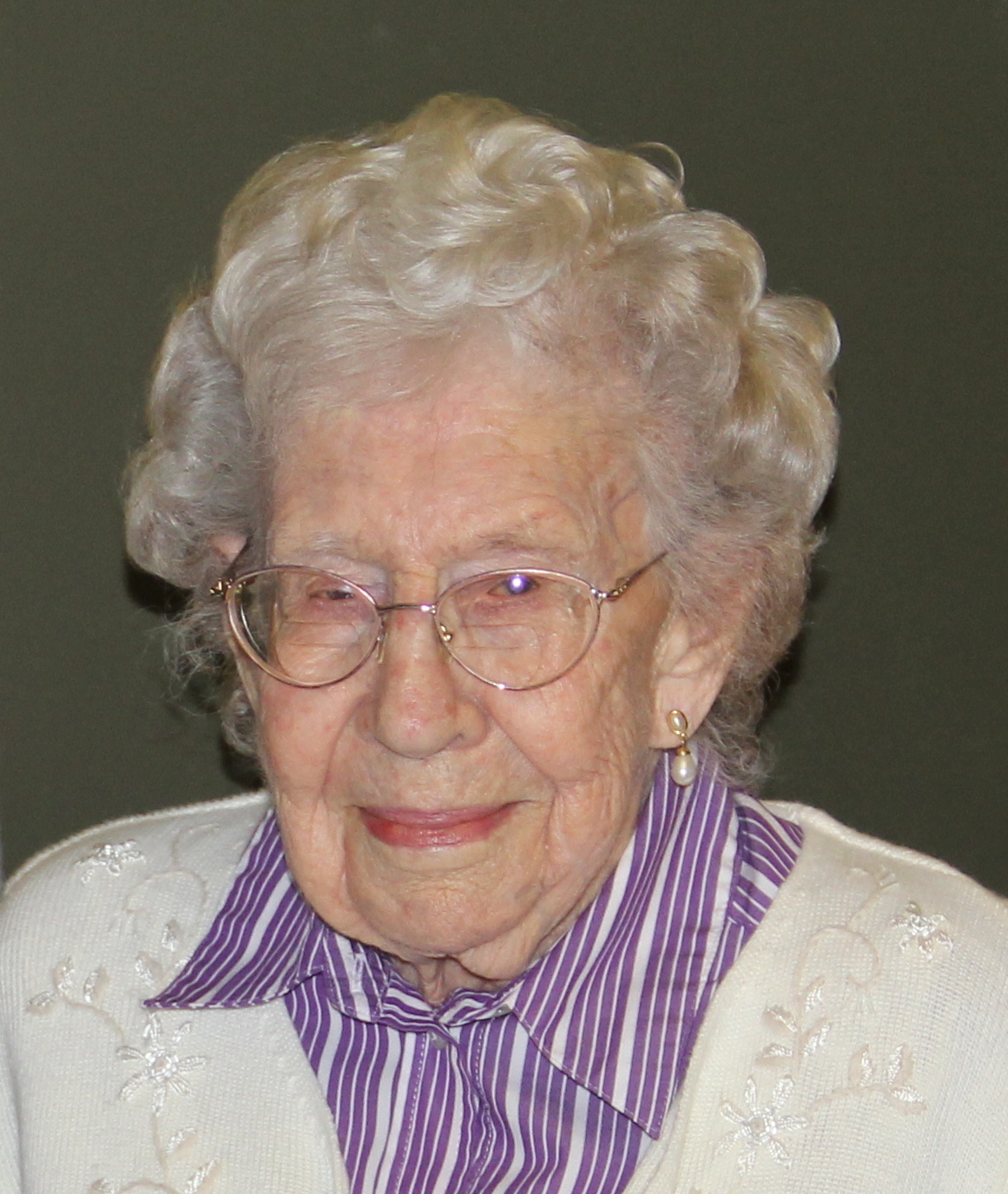 Ada M. Hamilton, born 10/1/1912 passed away peacefully on 1/20/2015 at the age of 102. She was born in Crawford County, Missouri near the city of Steelville and was the fourth of nine children of Samuel and Mary Trask. One of her childhood memories was riding in a horse-drawn wagon to the circus and seeing men stand on the head of other men. The family moved to Afton, Oklahoma when Ada was 14 years old. She remembers riding in a car driven by her brother from Steelville to Afton and riding a horse to school. She moved to Miami, Oklahoma where she attended High School and later College. She moved to Colorado Springs sometime around 1932 and went to work at Memorial Hospital. She found employment in Pueblo, Colorado at the Colorado State Hospital where she attended psychiatric technician school and worked until her retirement in 1962. While working at the hospital she met John Hamilton. They were married in Canon City on 7/23/1939 – but only after they received permission from their employer to marry! They celebrated their 63rd wedding anniversary in 2002. Ada is survived by her two children, Marilyn (Wendell) Edwards and Russ (Gloria) Hamilton, 5 grandchildren, and 9 great-grandchildren. Ada had many hobbies including gardening, cooking, sewing, canning, and fishing (always caught the biggest fish). She was reputed to have a green thumb because everything she planted grew. Her sweet pickles were enjoyed by every member of the family and she made quilts for all of her children and grandchildren. Her peanut brittle was always sought after at Christmas. Ada was a member of Eastern Star for 60 years. Services will be held at Montgomery & Steward Funeral Home, 1317 N. Main St., Pueblo, CO, on Saturday, January 24th at 1:00 PM. She will be laid to rest at Roselawn Cemetery, 1706 Roselawn Rd., Pueblo, CO. In lieu of flowers, donations may be made to the Park Hill Baptist Church playground fund through Montgomery & Steward Funeral Directors, 1317 N. Main St., Pueblo, CO 81003.