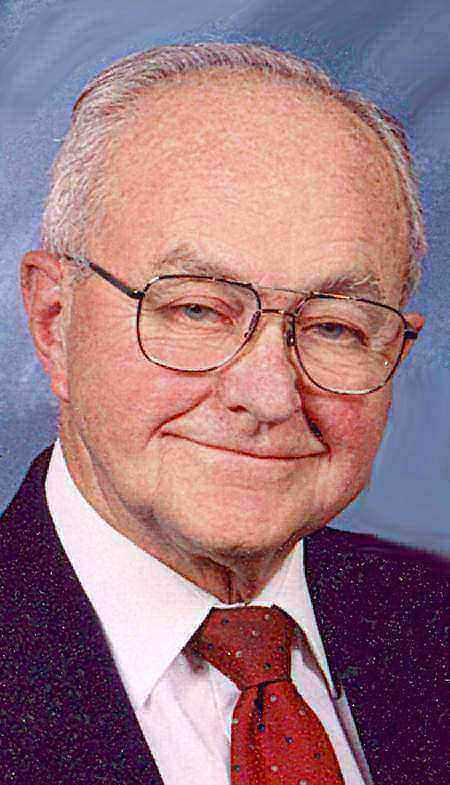 Judge Gordon R. Cooper, 85, born in La Plata, Missouri, on July 7, 1925, passed away on November 26, 2010. Preceded in death by his parents, Louis M. Cooper and Wreatha Reed Cooper, first wife, Ruthann W. Cooper, brothers Wesley S. Cooper, and Louis M. Cooper, Jr., sisters Geneva C. Lewis, and Eva B. Hillman. Survived by wife, Dorothy Shaw; daughter, Camille Cooper Hastings; stepdaughters, Cynthia Shaw Simonoff and Jessie Shaw, grandchildren, Kayla A. Hastings, Gordon T. Hastings, and Adam R. Hastings; brother, Alto Rex Cooper, sister, Loureatha (Don) Houser, and nephew, John Ogle (Sandy) Dunn. Gordon began life as the son of a Methodist Episcopal minister, moving with his family each year from one small Midwestern town to another until his father died when he was 12 years old. His mother moved her children to her hometown of St Bernice, Indiana, where Gordon attended high school. He enlisted in the U.S. Army at the age of 18 and found himself fighting the Germans in the Battle of the Bulge. Wounded and sent home to recuperate in 1945, he fully expected to return to fight the Japanese after VE Day. He always felt he owed a debt of gratitude to Harry S. Truman for sparing him that duty. He was awarded the Purple Heart with three Oak Leaf Clusters, the Bronze Star and the Good Conduct Medal, and the EAME Ribbon with three battle stars, for his military service. On his return to civilian life, Gordon made full use of the G.I Bill and enrolled at Indiana University where he obtained his law degree from Indiana University-Purdue University at Indianapolis. He moved his family to Colorado Springs, Colorado, in 1962, where he began the practice of law. Soon he began commuting to Pueblo to work as a Pueblo County Deputy District Attorney under Carl Parlapiano. He moved his family to Pueblo in 1965. In 1972 he left the D.A.'s office to open a private practice. He was appointed by Gov. John Vanderhoof to the Pueblo County Bench in November 1974. He served as a County Judge until his retirement in 1992. He then served as a senior judge throughout the state for the next 12 years. Judge Cooper was a member of Scottish and York Rites, Al Kaly Shrine, Past Master of Silver State Lodge #95, and he obtained the highest degree of Masonry, the 33rd degree. He was a member of Pueblo Kiwanis Club, Pueblo Elks Lodge #90, the Footprinters and the VFW. He served on the Pueblo Board of Housing Authority for 17 years, where he proudly assisted in the renovation of numerous low income housing projects, including the Vail Hotel, the Rood building and Santa Fe Crossing. Gordon was a devoted symphonic music and opera lover. He credited Indiana University with opening him up to the wonderful world of music. His mind was a steel trap when it came to sports statistics. He enjoyed all sports, especially college and pro football and college basketball. He was loyal to the Denver Broncos and to all sports played by his beloved Indiana University Hoosiers. Judge Cooper had high personal integrity and always strove to be just and fair. He defended the rights of all. He loved Pueblo and all it offered, and had a special love of Mexican food. His family would like to thank the staff of Westwind Horizon for their loving and devoted care during the last year of his life. In lieu of flowers, donations may be made to the Shriners' Hospital for Children in care of Montgomery & Steward Funeral Directors, 1317 N. Main St., Pueblo, CO 81003. A memorial and celebration of Judge Cooper's life will take place on Saturday, December 4, 2010, at 10:00 a.m. at the First United Methodist Church. Masonic Rites by Silver State Lodge #95, AF&AM and Military Honors will conclude the service. Online condolences, MontgomerySteward.com