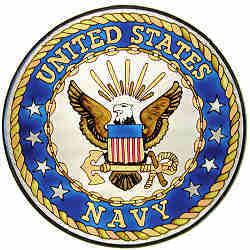 William T. 'Bill' Sumpter was born May 18, 1927, in Monte Vista, Colorado. He lived in Center, Colorado until the family moved to Canon City, Colorado in 1940. He proudly served in the U. S. Navy during WWII. He graduated from Capitol College of Pharmacy in Denver 1947, which he attended with his cousin Kenneth Charles. Upon graduation, Bill moved to Pueblo and began a long and fulfilling career as a Pharmacist with Grove Drug Stores. He initially worked in Bessemer and fondly remembered the 'vibrant community.' Many will remember him from the drug store he opened in 1958 in the Midtown shopping center as the shopping center was being built. In 1972 he purchased two of the Grove Stores fulfilling a long desire to own his own drug store. He worked together, side by side, with his wife Fae until he retired in 1994. During his career he was a champion of other independent pharmacies, small businesses and local merchants. He was a member of the First Baptist Church and Kiwanis. He was always a supporter of the community and people of Pueblo. He is survived by his children, Carl (Sue) Sumpter of Anchorage, AK, Linda (John) Smith of Grand Junction, CO, Dr. Matthew (Diane) Sumpter of Pueblo and Eric (Kathy) Sumpter of Longmont, CO; his sister, Elizabeth Plummer and grandchildren, Thomas Falkowski, Eric R. Sumpter, Brian Sumpter and Michael Sumpter. His loving wife, Fae, precedes him in death, along with his parents, William and Lois Sumpter; sister, Ernestine Nelson and brother, Bruce Sumpter. Bill touched many people's lives. He will be remembered for being a kind man and a great role model and mentor to many. Services will be held 1:00 PM on January 16, 2016, at Montgomery & Steward Funeral Home. In lieu of flowers the family requests donations be made to a local charity. There is an Endowment Fund in his name at Boy Scouts of America -Rocky Mountain Council, 411 S. Pueblo Blvd., Pueblo, CO 81005. Bill also supported the Pueblo Zoo, Nature Center and Pueblo Historical Society.