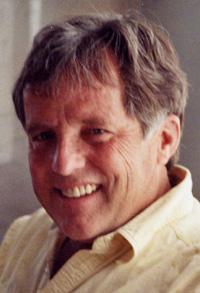 William R. 'Bill' Pumphrey, 55, passed away July 27, 2004, in Pueblo West, Colorado. He was preceded in death by his mother, Marie Pumphrey. Survivors include his father, Paul (Karla) Pumphrey of Pueblo; children, Chelli (Shaun) Seaholm of Denver, Brian (Sarah) Pumphrey of Pueblo and Ashley Poelman of Pueblo West; siblings, Dr. Robert Pumphrey of Denver, John (Sue Ann) Pumphrey of Decatur, Alabama, Clinton Pumphrey, Kristin Pumphrey and Jaelee (Robert) Jones, all of Pueblo; granddaughter, Mila Rae Seaholm of Denver and several nieces and nephews. Bill was a native of Pueblo and graduated from Centennial High School in 1967 and Southern Colorado State College in 1971. He served in the United States Army for several years and was the Commanding Officer of the local Army Reserve Unit. He was a real estate broker with his company Prime Equities and was actively involved with other entities including PT's Wings and Ribs and Rock Canyon Waterslide in Pueblo and The Wild West Steak House in Cañon City. His dream was to develop several of his properties adjacent to the Historic Arkansas Riverwalk Project but his premature fight with melanoma has left his dream to others. His generous, warm and fun-loving spirit will be missed by all. A viewing will be held at Montgomery & Steward Funeral Home on Friday, July 30, 2004, from 9 a.m. until 5 p.m. A celebration of his life will be held at 11 a.m. on Saturday, July 31, 2004, at the Pueblo Convention Center with the Reverend Amy Piatt officiating. Those who desired may make memorials to the Lance Armstrong Foundation or to the Sangre de Cristo Hospice, in care of the funeral home. Online condolences, www.montgomerysteward.com