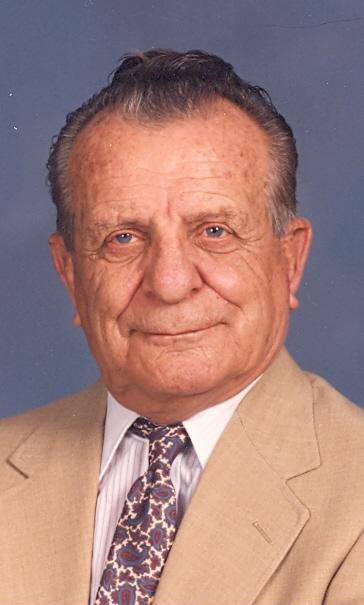 William F. 'Bill' Krasovec, 94, of Pueblo, Colo., passed away Dec. 12, 2011. Survived by his loving wife, Barbara S. Krasovec of the family home; daughters, Barbara (Mike) Whalen of Huntington Beach, Calif. and Mary (Mark) Jones of Del Norte, Colo.; sister, Katherine (Leo) Beller of Pueblo; many nieces, nephews and other relatives and friends. A member of St. Mary Catholic Church and was an alter boy when he was young. Bill retired from CF&I as a crane operator after 44 years. He served in the U.S. Army during WWII and was a member of Eagles Lodge #145. Bill enjoyed bowling, gardening and fishing, residing 23 years at his cabin at Lake DeWeese in Westcliffe with family and friends. He played baseball in the semi-pro league as a catcher; he was catcher for Babe Ruth when he was in Pueblo. Visitation from 2 to 4 p.m. Thursday and funeral service, 2 p.m. Friday, Dec. 16, 2011, both in the Montgomery & Steward Chapel. Interment, Roselawn Cemetery. Family will receive friends in the Montgomery & Steward banquet room immediately following interment. Online condolences, www. MontgomerySteward.com