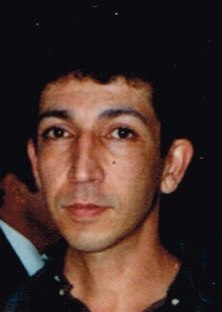 William Conrad Watson, 57 passed away unexpectedly on January 7, 2013. Buddy was born to Alfred and Margaret Watson on July 31, 1955, in Pueblo, Colorado. He graduated from Centennial High School in 1974, and traveled to Alaska after high school where he worked on a fishing boat. He was employed at Safeway for over 20 years as a baker, and was a professional painter. He loved his rabbits, Peewee and Twinkie, enjoyed fishing, camping, riding motorcycles, shooting guns, and working out. Buddy had a great sense of humor, was a devout Christian, was an excellent outdoorsman, NRA member, and loved listening to music. He was also a very creative artist. Buddy is survived by his son, Buddy William Conrad Watson; parents, Alfred and Margaret Watson, and siblings, Roberta (Dan) Donnell; Jeanne (Henry) Lucero; Gary (Laura) Watson; Myra (Scott) Robb; Annette (Doug) Coss and Jeffrey Watson. Buddy is also survived by numerous nieces and nephews. A memorial service will be held at 2:00 p.m. Monday, January 14, 2013, in the Montgomery & Steward Chapel, with Jim Wiley officiating. Online condolences, www.montgomerysteward.com