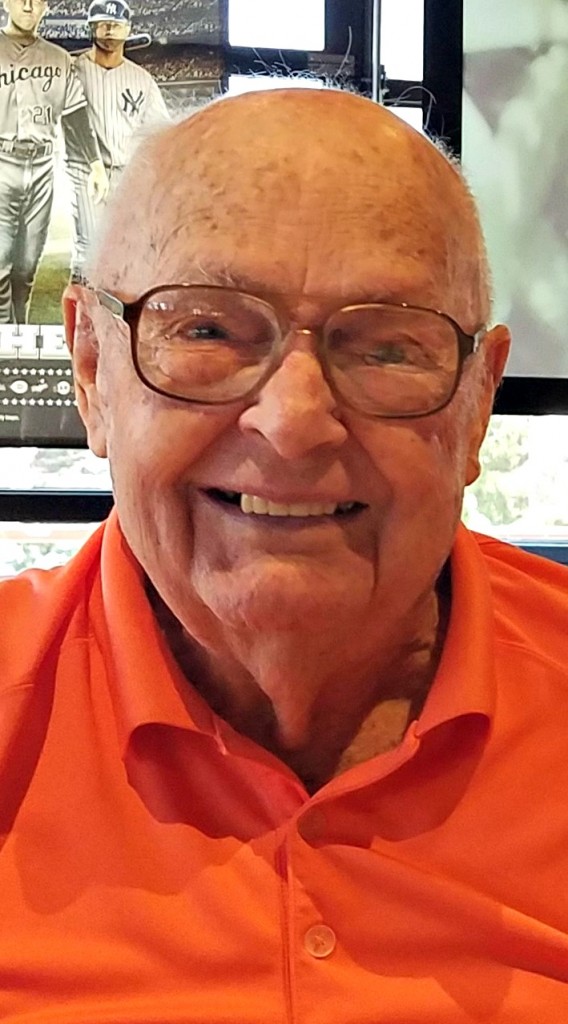 William 'Ansel' Gower passed away peacefully' his way' at home on January 28, 2019, four days shy of his 94th birthday. He was born in Farmington, New Mexico on January 31, 1925 and moved to Pueblo in 1938. Ansel was among the class leaders of Centennials class of 1943. He played basketball, was a cheerleader and Captain of ROTC. He was drafted into the Army after graduation. He was wounded in France, received a purple heart, and honorably discharged in 1946. He married his high school sweetheart in 1946 and attended the University of Colorado graduating with an engineering degree in 1949. Ansel began and ended his working career with Broderick and Gibbons (now Martin Marietta) for 43 years. He was active in many organizations, leading many and always sharing his opinion: Pueblo Country Club, Rotary Club, Colorado Contractors, Chamber of Commerce Judicial District Nomination Committee, Panel of Arbitrators, Republican Caucus and Investors Club. He was an avid golfer on weekends and most days during his retirement. He was involved and proud of his children and grandchildren. Family was his priority. He survived a ruptured aorta in 2006 so he could care for his wife full-time as her health demanded. While he had a gruff exterior and could be stubborn at times, he was the loving and loyal patriarch to his family and many friends. He was preceded in death by his wife of 69 years, Marilyn (McCabe) Gower, his sister, Ruth Kumler, his parents Lela and Cliff Gower. He is survived by his loving children, Meg Hurley (Mike), Ann Pinkelman (Harvey), Bill Gower along with his grandchildren Sara Morton (Alex), Jesse Morton (Brittany), Tyson Hurley, Ben, Kaitlyn, Liam & Emma Pinkelman and his great grandchildren Hannah, Asher, Harley, Lilah, & Landon. He leaves behind his sisters-in-law, Martha Elliott & Linda McCabe, numerous nieces, nephews, cousins along with his 'girls' Nina & Tammy. Cremation has taken place with a private family service to be held. Celebration of life, 2 to 5 p.m. Friday, July 5, 2019, at Brues Alehouse, 120 Riverwalk Place. In lieu of flowers, please make a donation to The Church of Ascension, 410 W 18th Street. Pueblo, CO 81003. Online condolences, www.montgomerysteward.com