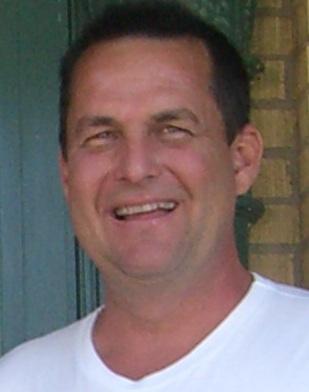 William 'Bill' (Billy) Anderson, 49, lifelong resident of Pueblo and president of Anderson Enterprises, Inc., died Nov. 24, 2008, from an accident while working at his downtown store. He is survived by his wife, Nanci Smith; son, Tom; sister, Janie Anderson-Craven; brother-in-law, Curt Craven; nephew, Matthew Craven; as well as numerous cousins, nephews; and in-laws living in California. He is predeceased by his parents, Margaret and Bill Anderson. Bill was a tireless worker and generous to a fault with his time, skills and energy. He genuinely enjoyed talking to his customers. He never lost his youthful zest for life, and was happiest when working with his hands, whether crafting a piece of furniture, restoring his World War II vehicles, or blowing circuits at his home with his legendary Christmas light displays. There was nothing he wouldn't attempt to take apart, put back together and get working again. The more covered in dust, dirt and oil from the effort, the better. Bill was especially proud of his son's academic accomplishments, including a recently awarded Masters Degree. Optimistic, upbeat, outgoing, kind, big-hearted and free with his laughter, Bill loved his family, his friends, his pets, his home and his town. He will be dearly missed. Godspeed. Viewing from 10 a.m. to 6 p.m. Friday at the funeral home with the family present from 4 to 6 p.m. Funeral service, 10 a.m. Saturday, Nov. 29, 2008, in the Montgomery & Steward Chapel. Interment will follow at Roselawn Cemetery. In lieu of food and flowers, memorials may be made to the Pueblo Animal Shelter through Montgomery & Steward Funeral Directors, 1317 N. Main St., Pueblo, Colo. 81003. Online condolences, www.montgomerysteward.com