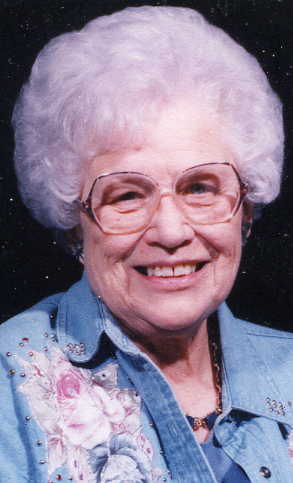 Waunetta Phillips passed May 23, 2003, just eight days prior to her 77th birthday. Survived by her children, Cheryl (Ronald) Pierson of Albany, New York, Larry Phillips of Houston, Texas, and Randy Phillips of Auburn, California; siblings, Wanda (John) Potter and Bud (Ledema) Renfrow; sister-in-law, Jean Renfrow, all of Pueblo; grandchildren, Megan Pierson, Amy Phillips, Stephen Phillips, and Zack Phillips; and great-grandchild, Colby Pierson. Preceded in death by her husband of 44 years, Warren Phillips, on October 16, 1992; and brother, Kenneth Renfrow. Waunetta was born to Bamos and Ruby Renfrow on May 31, 1926, in Cañon City, Colorado. When she was six, she moved with her family to Pueblo and was a graduate of Central High School. Waunetta worked at various office jobs until she became a full-time mother. She went back to work in 1980 with her husband at their family owned business, Southern Colorado Acceptance Corp., which they operated together until his death. Waunetta was a member of St. Paul Methodist Church, PEO Chapter AU, and Pueblo Chapter #7, O.E.S. She will lie in state at the funeral home Tuesday from 2:30 p.m. until 7 p.m. with the family present from 5 until 7 p.m. Memorial service will be held 10 a.m. Wednesday, May 28, 2003, in the Montgomery & Steward Chapel with Pastor Tom Peacock officiating. Interment will follow at Mountain View Cemetery.