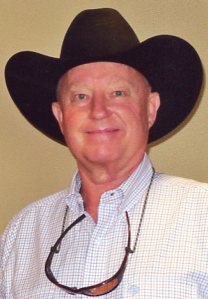 Dr. Walter O. Peterson, III, 66, born March 3, 1951, joined those who passed before him in heaven August 21, 2017. Walter was a proud, but never boastful man with amazing inner strength. He served his country honorably as a helicopter medic in Vietnam from January 21, 1970 to January 25, 1973. He was active reserve until January 25, 1976, in the United States Navy. Upon his return to Pueblo, he became a 3rd generation chiropractor where he built his wonderful life while continuing to heal and help others. Walter leaves the shattered hearts of his bride and love of his life, that never left his side, Suzi Peterson; children that hold his heart, Lacey Peterson, Cody Peterson and Melissa Lindgren; step-son, Jeff (Dana) Buerger; grandson, Atticus; loving sister, Beverly; and all of his family inherited from Suzi. This is not his ending because his memory will remain in the hearts of those he loved and those who truly loved him for eternity. Celebration of life, 11 a.m. Thursday, August 31, at St. Joseph Hall, 1145 S. Aspen Rd. The family respectfully requests, in lieu of food and flowers, memorials be made to Wounded Warriors Project, P.O. Box 758540, Topeka, KS 66675. Online condolences, www.montgomerysteward.com