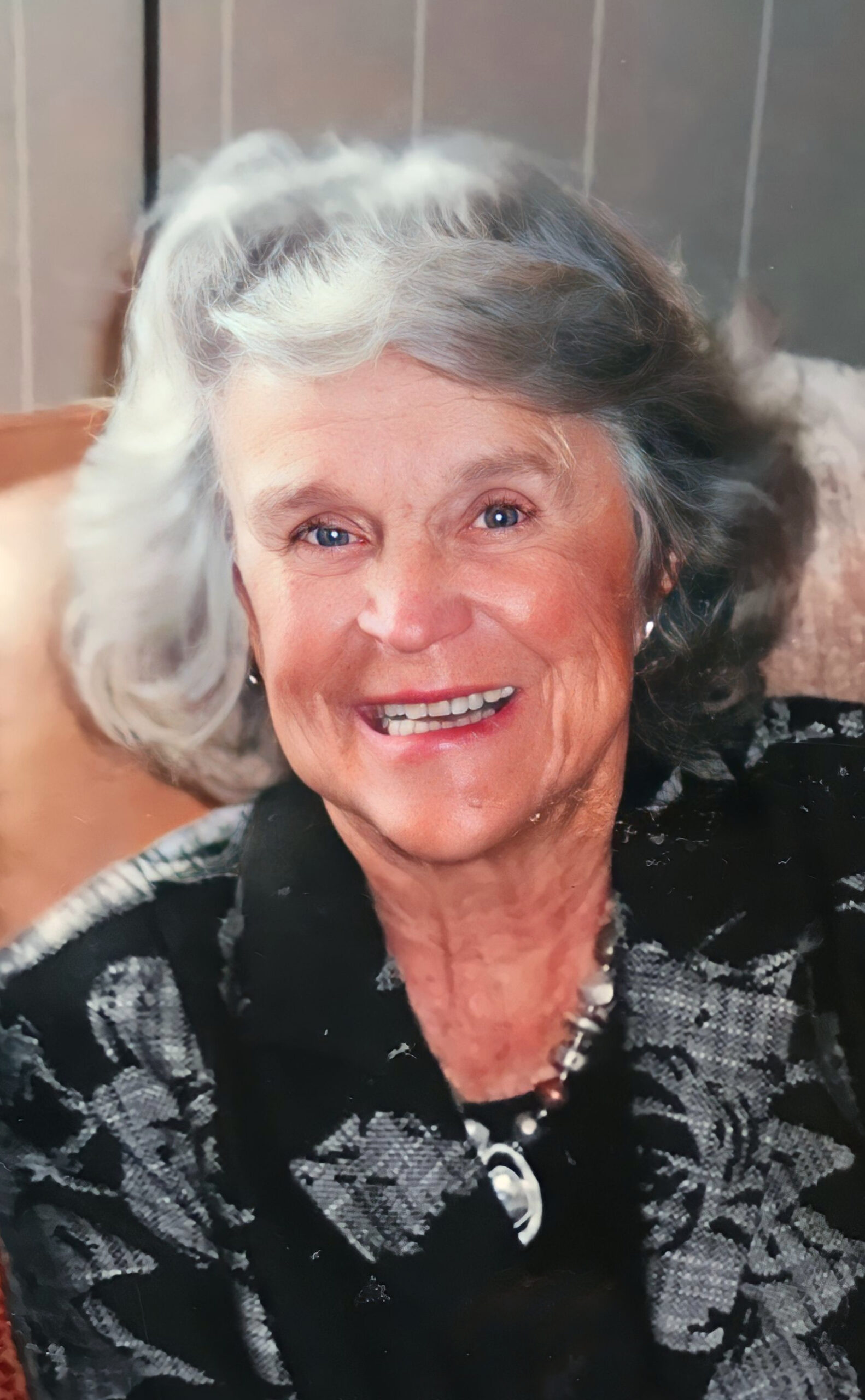 Virginia Mabel (Smith) Walker, 97, was blessed with a long and happy life, passing peacefully on Nov. 3, 2022. Virginia was born Aug. 29, 1925, in Cawker City, Kan., to Edward J. Smith, a coach and lifelong educator, and Margaret Boyer Smith, a professional musician.

Virginia was the last of her immediate family to enter heaven. She was preceded not only by her loving and supportive parents, but also by her older brother, Dr. Dean Boyer Smith in 1964, and more recently her younger brother, Dr. James Edward Smith in 2018. Paving the way to eternal life, her beloved husband, Luke D. Walker, a career Army Officer turned teacher and coach, passed away in 1993; and her infant daughter, Mary Ann in 1955.

Ginny was an exceptionally talented vocalist who sang and performed with her mother as a young girl. While in high school, she sang for dances and entertained troops as a member of an all-girl quartet. After graduating from the University of Colorado, she sang professionally in San Francisco with the Merv Griffin Band and others. She won the 1948 titles of both Miss Pueblo and Miss Colorado and competed in the Miss America Pageant in Atlantic City. She was singing at the Broadmoor in Colorado Springs when she met her husband Luke. After marrying in 1951, she went with Luke to Anchorage, Alaska, and taught school while he was stationed at Fort Richardson. They moved eight more times during his military career.

Returning to Pueblo in the mid-sixties, Virginia taught kindergarten at Somerlid Elementary until retiring after a long, rewarding career in 1986. Always up for an adventure, she traveled the world with Luke and her adult children. Forever young at heart, in her sixties, she hiked to the top of Pike’s Peak and rollerbladed with her grandchildren. In her seventies, she white water rafted, sailed to the Bahamas, and snowmobiled. Virginia was an avid walker. She enjoyed downhill skiing, bicycling, playing tennis, and attending the Santa Fe Opera every summer well into her eighties. Never one to stay indoors, Ginny, liked to sunbathe and spend time at the Pueblo Country Club pool with her friends and family. Her children will always remember her as a fun-loving mother who taught them to ski and swim as toddlers and encouraged their love for the outdoors.

Virginia treated every day as a precious gift, much like her beloved mother Margaret, always with a positive attitude. A member of the Cathedral of the Sacred Heart, Virginia was a devout Catholic. After retiring, she attended daily mass with her father and brother Jim.

Virginia will be deeply missed by her five children, Kitty (Mark) Kennedy, Skip (Patricia) Walker, Peg (Tom) Pechek, Betsy Walker, and Bob Walker (Terri Kallish); along with her six grandchildren, who will always remember how much care and time she devoted to them. Also, surviving are twelve great-grandchildren; and numerous cousins, nieces, and nephews.

A funeral Mass will be held on Nov. 15, 2022, at 9:30 a.m. at the Cathedral of the Sacred Heart, 414 West 11th St. Burial will be at Roselawn Cemetery. Reception, 1:00 p.m. at the Pueblo Country Club. In lieu of flowers, memorials may be made to the Cathedral of the Sacred Heart, 414 W 11th St, Pueblo, CO 81003 Remembrances and expressions of sympathy may be offered at www.MontgomerySteward.com