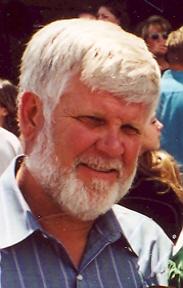 Virgil R. 'Bill' Madison, 64, passed away on Thursday, March 10, 2006. Survived by his wife, Beverly Madison, of the family home in Pueblo West, Colorado; son, Barry (Tina) Madison of Woodland Park, Colorado; sister, Alyce Madison of Longmont, Colorado; grandchildren, Zachary (Heather) Pope, Amy (Dub) Madison, Jennifer Pope, Corey Madison; great-grandchild, Reese Pope. Preceded in death by his daughter, Kimberly Madison; parents, Virgil 'Butch' and Maxine Madison; and mother-in-law, Frances Ribble. Bill was born in Ogallala, Nebraska on September 27, 1941. He graduated from Ogallala High School, received his BSBA at the University of Nebraska and his MA at Webster University. Bill remained a big fan of the University of Nebraska Cornhuskers. He worked for International Harvester from 1970 until 1973, farmed and ranched, worked for GTE Federal Systems from 1987 until 1994, managed Whistling Acres Guest Ranch from 1994 until 2000 and was a School Bus Driver for Pueblo Dist. #70. He loved the outdoors, especially backpacking, and he loved his Golden Retrievers, 'Link' and 'Boomer.' His family meant a lot to him and he will be missed greatly by all. At his request there will be no viewing. Cremation, Montgomery & Steward Crematorium. Memorial service will be held 10:00 a.m. Saturday, March 18, 2006, in the Montgomery & Steward Chapel with Pastor Gary Ribble officiating. Memorials may be made to the Kidney Cancer Association, through the Montgomery & Steward Funeral Directors, 1317 N. Main St., Pueblo, Colo. 81003. Online condolences, www.montgomerysteward.com