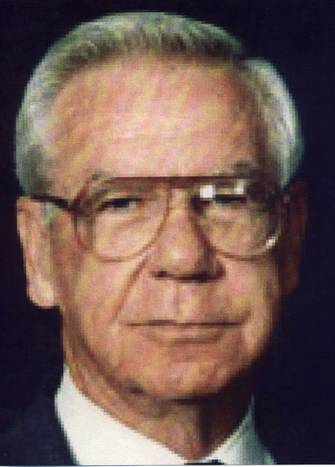 Thomas Patrick Larkin, 70, passed away October 15, 2002. Survived by his wife, Wanda Larkin of the family home; children, Judy (Autie) Holmes of Baytown, Texas, Patricia Larkin and Robert Larkin, both of Pueblo; brother, E.A. 'Hank' (Chris) Larkin of Deridder, Louisiana; and grandchildren, Garett Larkin, Haley Rae Larkin, Patrick Holmes and Buddy Holmes. Thomas was born August 11, 1932, in Bearden, Arkansas. He served in the U.S. Marines during the Korean Conflict. Thomas was a Mechanical Engineer. He worked for NASA 1965-1978; Transportation Test Center 1978-1983; after retiring from the government, worked for the Dallas Air Rapid Transit System (DART) as a Senior Vice President over the construction of the metro rail system; and most recently was a consultant for the Denver rail system. Member of the NRA, American Society of Mechanical Engineers and American Legion. There will be no viewing. Cremation, Montgomery & Steward Crematorium. Memorial service will be held 2 p.m. Friday, October 18, 2002, at the Montgomery & Steward Chapel with Howard Lukenbill officiating. The family would like to thank Thomas' physicians and the nurses and staff at Parkview Hospital. Those who desire, may make memorials to St. Jude Children's Research Hospital or M.D. Anderson Cancer Institute through the funeral home.