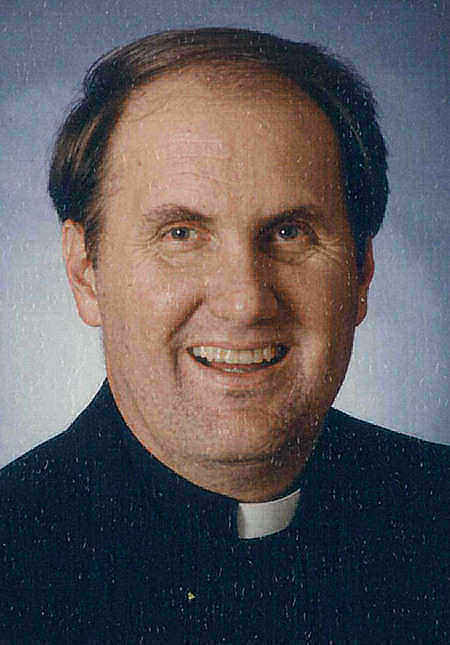 The Rev. Fr. William O'Brien Riordan Nelson, 58, passed away February 15, 2010, at Porter Hospice in Centennial, Colorado. Survived by his sister, Joan (Doug) Stearns, of Thornton, Colo.; brother, Richard (Sandra) Nelson of Aiken, South Carolina; nephew, Michael Stearns; and nieces, Molly, Elaine and Anna Nelson. Preceded in death by his parents, Richard A. and Joan R. Nelson and his beloved dog, Gypsy. Fr. Nelson was born on October 3, 1951, in White Plains, N.Y. At the age of two, his family moved to Denver where he grew up. He attended the Christ the King Catholic School, Mullen High School and graduated from the College of Great Falls in Mont. and the Sacred Heart Seminary in Hales Corner, Wis. He was ordained into the priesthood on June 11, 1982, in Pueblo, and was assigned to serve his first parish in Walsenburg. He also served parishes in La Junta, Cortez, Monte Vista and most recently in Paonia. Fr. Nelson also served as a police chaplain and would do ministering in the prison system. He cared about people who were hurting. Visitation from 1 to 5 p.m. on Sunday in the Montgomery & Steward Chapel, with family members present from 3 to 5 p.m. Vigil service, 7 p.m. Sunday and Mass of Christian Burial, 10 a.m. Monday, February 22, 2010, with Bishop Fernando Isern, Bishop Arthur N. Tafoya and his fellow priests as concelebrants. Both services will be held at the Cathedral of the Sacred Heart, 11th & Grand Ave. Interment, Roselawn Cemetery. Those who desire may make memorials to the Clergy Benefit Society of Pueblo through Montgomery & Steward Funeral Directors, 1317 N. Main St., Pueblo, CO 81003. Online condolences, www.montgomerysteward.com