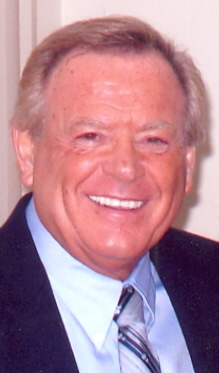 Stephen Walter Laveirge, 68, died suddenly and unexpectedly in his home March 3, 2012. He was born Sept. 28, 1943, in Royal Oak, Mich. to Stephen Wesley and Jeanne Laveirge. Steve graduated from Palmer High School in Colorado Springs in 1961. Military service as a medic in US Navy from 1961 to 1963. Following his discharge he went to work for Westland Theaters, managing the Mesa Drive-In and the Cooper in Colorado Springs, and Cinemas 1 and 2 in Pueblo, for almost 30 years. Currently, he was the manager of the Gas Stop in Pueblo. He married Karen June 26, 2008, in Cripple Creek, Colo. Steve enjoyed being outdoors and was an avid bowler and hunter/fisherman, but his true passion was golfing. He could be found on any of the local golf courses on any given day and played on many golf courses across the country. Steve is survived by his wife, Karen Laveirge; mother, Jeanne Laveirge of Colorado Springs; children, Natalie (Brent) Laveirge Morris of Alexandria, Va. and Stephen Robert Laveirge of Fountain, Colo.; grandchildren, Tarren Morris, Conrey Morris, Eileah Morris, Randon Morris, Brenner Morris, Ryley Stringer, Teagan Chavez and Demery Chavez; siblings, Bonnie (Tony) Mariani of Colorado Springs, Marion (John) Laveirge Bradley of Colorado Springs, Marcy Chadwell of Boise, Idaho, Karen (David) Waters of Chino Valley, Ariz. and Gary Laveirge of Colorado Springs; and numerous nieces and nephews in his extensive family. Also survived by Karen's children, Jill Stringer-Brooks, Doug (Tanya) Brooks and Mitchell Brooks. Predeceased by his father, Stephen Wesley Laveirge, died in 1989; and brother, Bruce Laveirge, died in 2003. He will be sadly missed by all his friends and family members. There will be no viewing. Cremation, Montgomery & Steward Crematorium. Memorial service, 10:30 a.m. Saturday, March 10, 2012, in the Montgomery & Steward Chapel. In lieu of flowers, please contribute to Easter Seals, 5755 W. Alameda Ave., Lakewood, CO 80226. A golf tournament will be held in the near future in Steve's memory. Online condolences, MontgomerySteward.com