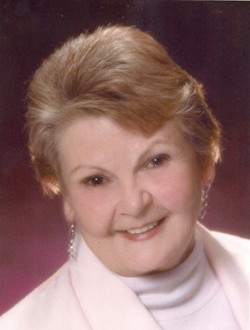 Sonja Marie Melton passed away peacefully April 6, 2020, in Pueblo, Colorado. Sonja Marie Melton was born in Brewster, Kansas, February 9,1939, to Helen Lillian (Hollenbeck) Melton and Russell “Buck” Melton. Sonja went to elementary school in Brewster, Kansas and Piñon, Colorado. She graduated from Pueblo Central High School in 1957. Sonja earned her Bachelor’s and Master’s degree from University of Northern Colorado Greeley in Education. Sonja taught Physical Education and Art in the Pueblo County School Districts for 33 years until retiring in 1996. After retiring Sonja taught at CSU Pueblo, PCC, and El Centro delta Quinto Sol. Sonja also coached Gymnastics at Pueblo Central High School for 13 years and led her team to a State championship in 1979. Sonja received the Coach of Champions Award and retired from coaching in 1981. Sonja was inducted into the Greater Pueblo Sports Hall of Fame in 2001. Sonja was also inducted into the Pueblo Central Hall of Honor in 2016.
Sonja was preceded in death by her grandparents, Euroth and Elmer and Lela and Hiram; parents, Helen and Russell; sister-in-law, Patricia A Melton (Greenstreet); and a very special, Aunt Evelyn Kring.
She is survived by her brother, Dale A. Melton of Goodland, Kansas; niece, Anne M. Melton of Syracuse, Kansas; numerous cousins; close friend and caregiver, Sofia Cruz; her beloved fur kids, Linus, Lily, Oscar and Chance and numerous friend.
Memorials should be sent to PAWS for Life, 800 N. Pueblo Blvd., Pueblo, CO 81004 or Pueblo Central Hall of Honor, c/o Pueblo Central High School Foundation, P.O. Box 3707, Pueblo, CO  81005-3707.
A Celebration of Life will be scheduled at a later date.
Sonja has left this earth and on her way to heaven stopped by the Rainbow Bridge to pick up animals who have gone before her and to talk with God to see if she can be the next keeper of the rainbow bridge…
Sonja will forever be a “True Blue Central Wildcat.”
Online condolences, www.montgomerysteward.com

The family greatly appreciates donations made to these charities in Sonja Marie Melton 's name.