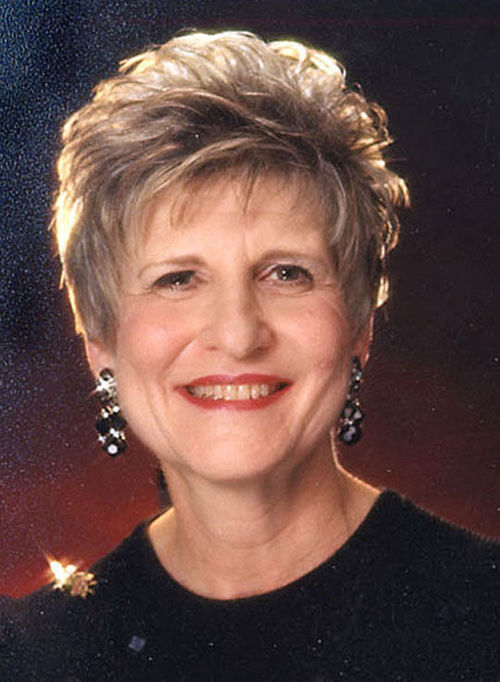 Sandra 'Sandy' Merle Stein, 74, died peacefully on July 26, 2017, after a courageous battle with cancer. Sandy was born on Sept. 23, 1942 in Tucson, AZ. She is preceded in death by her parents, Norman and Rhoda (Hayutin) Fuchs; sister, Marsha (Fuchs) Playman; in-laws, Emanuel and Ruth (Dobin) Stein; and sister-in-law, Sheila (Stein) Horton. She is survived by her husband of 52 years, Marvin Stein; brother, Henry Fuchs; children, Shari (Andy) Munitz and Mindy (David) Carton; grandchildren, Jazz Munitz, Melody Munitz, Emerson Carton, Holden Carton and Harper Carton; and other loving family members. Sandy graduated from West High School in Phoenix, AZ in 1960. In 1964, she graduated Phi Beta Kappa from the University of Colorado-Boulder, where she was selected as one of five outstanding women in her graduating class. From the moment she arrived in Pueblo in 1964, Sandy immersed herself into the local community. Her involvement in more than 40 local, state, and national organizations improved the lives of many. She helped numerous causes and institutions in Pueblo alone, including the initiation of the Battered Women's Shelter and the development and building of the Buell Children's Museum. She was recognized for her contributions to various causes by receiving more than 25 awards; including induction into the 2001 City of Pueblo Hall of Fame and the 2016 Pueblo Chamber of Commerce 'Citizen of the Year'. Sandy donated her body to the Colorado Anatomical Board. Per her request, there will be no memorial service or celebration of life. In lieu of flowers and food, donations can be made to: Colorado State University-Pueblo Foundation; Pueblo Community College Foundation; Sangre de Cristo Arts & Conference Center or Sangre de Cristo Hospice House. Donations may be sent to: Montgomery & Steward Funeral Home, 1317 North Main Street, Pueblo, CO 81003. Online condolences, www.montgomerysteward.com