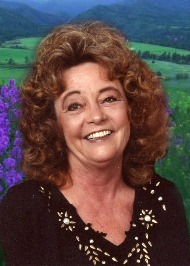 Sandra R. Blatnik, 66, passed away peacefully at home on September 17, 2014. Preceded in death by her mother, Marilyn Bertholf; father, Donald Litton; grandmothers, Beulah Ehrlinger and Zola Litton; and uncle, Orton Ehrlinger. Survived by siblings, Pam Wallace, Charles Jr. (Gwen) Bertholf and David (Michelle) Bertholf; daughter, Gina Croshal; grandson, Alec Croshal; stepson, Todd (Linda) Blatnik; numerous nieces, nephews and grandchildren as well as other beloved family members and dear friends. Sandi was born in Pueblo on June 3, 1948. She moved with her family to Colorado Springs in 1972, to work in the medical profession as a bookkeeper. In 1979, she moved to Portland, Ore. to manage a doctor's office. Soon after, she began working as a consultant for Portland's Providence Hospital, responsible for establishing new medical practices. In 1982, she was asked to join Lancer Ltd. as a regional sales representative. She quickly became responsible for the training and supervising of all sales representatives and office staff. Her management duties took her to Spokane, Wash. in 1986, where Lancer Ltd. is headquartered. In 1990, Sandi moved back to Pueblo to assist in the care of her ailing grandmother. She continued her work with Lancer, becoming the sales representative for Colorado. Her passionate work with the Animal Welfare & Protection Society (PAWS) began in 1992. She became a board member and was elected Treasurer soon after - a position she proudly held until her passing. Through the work with both Lancer and PAWS, she made wonderful contacts and friends. Sandi would like her friends and family to know that she wants no sadness from anyone regarding her death, as she viewed her passing as going on the 'greatest adventure' of her lifetime. She felt incredibly blessed to know so many wonderful people in her life. She enjoyed her monthly games with the 'Poker Girls' for over twenty years. She truly loved her association with Animal Welfare and wanted the folks at PAWS to know that she loved them all and appreciated all of the love and support she received from them. Cremation, Montgomery & Steward Crematorium. Memorial service, 2 p.m. Monday, September 22, 2014, in the Montgomery & Steward Chapel. In lieu of food and flowers, memorials may be made to PAWS for Life through the funeral home. Online condolences, www.montgomerysteward.com