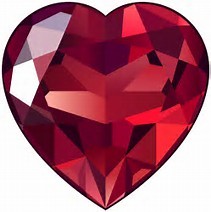 Ruby Louise West-White of Pueblo West, CO passed away Saturday, May 27, 2017 . She was born at St. Francis Hospital in Colorado Springs, on March 5, 1936 and relocated with the family to Southern California as a young girl. She was a graduate of Polytechnic High School in Long Beach, CA. She continued her education at Southern California Bible College (now Vanguard University) where she met her future husband (Ray) of 56 years, graduating with a Bachelor of Arts Degree in Education in 1959. Ruby was an elementary school teacher for 30 years in elementary schools in California and Queensland, Australia. Survived by her siblings, Jeenie West Gordon of Hacienda Heights, CA and Benjamin West of Long Beach, CA; two children - Timothy Wayne White of La Quinta, CA and Brenda Sue Tracy of Pueblo West, CO; four grandchildren Dylan White, Olivia, Rachel, and Amelia Tracy; two nieces and two nephews. Preceded in death by her mother, Ethel Mayola West and father, Everett Virgil West. Ruby was a volunteer at her church, serving as a Sunday school teacher, choir member, and visitor for the sick and aged. She was an avid craftsperson. The family would like to especially thank Janet Janessen and Chris Romero, her nurses from Sangre de Cristo Hospice and Palliative Care and Dr. Jan Dunn of Kaiser, Pueblo North, for their caring and dedicated professionalism. A Celebration of Life service will be held at Amazing Grace Fellowship in Pueblo West at 10 a.m. on Saturday, June 17, 2017.