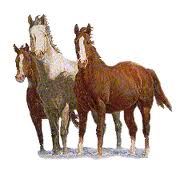 Roy L. McCown, 88, of Avondale, Colo., passed away Apr. 19, 2013. Survived by wife, Ruth McCown; daughter-in-law, Jan McCown; and grandson, Steve McCown. Preceded in death by sons, Larry McCown and Carl Eugene McCown; and parents, Roy and Cora Belle McCown. Roy was born June 25, 1924, in Las Vegas, N.M. He farmed in the Avondale area until his retirement. He enjoyed farming and horse racing. At his request, there will be no viewing. Cremation, Montgomery & Steward Crematorium. A memorial service will be announced at a later date. Memorials may be made in Roy's name to the charity of your choice. Online condolences, www.montgomerysteward.com