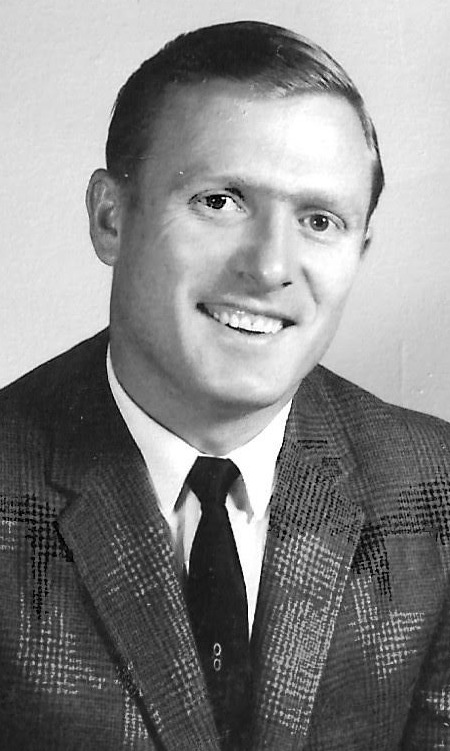 Ronald Edward Ellison, 82, ~ Ronnie, Red, Ron, Grandpa ~ left us Thursday evening, November 5th, 2020, surrounded by people who love him. He is remembered by his wife Diane; his children, Dana and Michael; his grandchildren, Amanda, Rebecca and Austin; his sisters, Jeri Ottem, Judy Brown and Robin Martin; and his many friends. A world traveler, ace pitcher, and champion golfer, Ron was always at home here, on the great Colorado plains, admiring the view.Ron was born in Hendley, NB and raised in Yoder, CO where he graduated from Yoder High School. After serving in the USAF abroad from 1957-1961, he returned home to study at Colorado State College, where he met Diane. They were married on August 7th, 1963, in Anchorage, AK. After completing his degree in 1965, he went to work for State Farm and later United Airlines as a systems analyst and computer programmer, retiring in 2001.
He was preceded in death by his father, Marvin; his mother, Jackie; his step-father, Dutch Weissenfluh; his brothers-in-law, Eric Ottem and Bill Brown; and his dog, Muggs.
Cremation, Montgomery & Steward Crematorium. Memorial service, 11 a.m. Tuesday, November 10, 2020, at Rye United Methodist Church in Rye, Colorado. Online condolences, www.MontgomerySteward.com