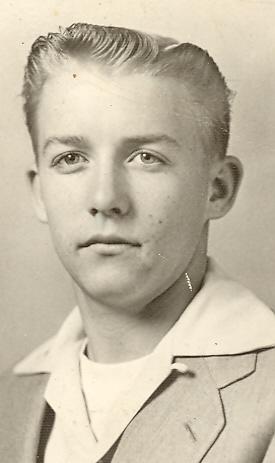 Ronald Duane Smith, Sr., 67, of Rye, Colo. passed away Aug. 13, 2007, after a courageous battle with cancer. Ron was born on Feb. 1, 1940, in Cedaredge, Colo. to Dalancy and Marie Smith. In 1957, he married Josephine Amore. They were blessed with six children, Ronnie, Jr., Coreen, Patty (Ben), Randy, Ryan and Robbie (who predeceased him). Josephine passed away in 2001. Ron is also survived by six wonderful grandchildren, Lacy, Morgana, Vinnie, Makayla, Madilyn Smith and Harlie Barickman. Ron married Joyce Shollenbarger in 2006, and added to the union her daughter, Kimberley (Kim) Barickman. He always had a positive attitude on life and was always willing to help. Ron will be dearly missed by all who knew and admired him. A memorial service will be held at Valley Community Church in Colorado City on Sat. Aug. 18, at 10:30 am. In lieu of flowers the family suggests contributions be made to Sangre de Cristo Hospice in care of Montgomery & Steward Funeral Directors, 1317 N. Main Street, Pueblo, Colo. 81003. Online condolences, www.montgomerysteward.com