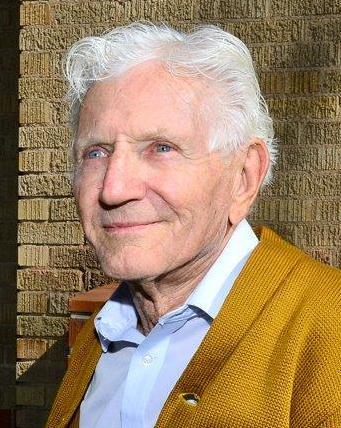 Ronald C. Payne, 88, lifelong Pueblo resident, born Oct. 12, 1928, passed to eternal life on Dec. 17, 2016, after struggling with leukemia. Preceded in death by his parents, Arthur and Ethyl Payne; in-laws, Carlo and Saveria Mortellaro; and sister, Eileen Coy. Survived by wife of 63 years, Rose (Mortellaro); children, Daryl Chip (Darlena) and Rhonda (Bobby) Latka; four grandchildren, Michael, Tyler, Justin (Annick), Joshua; one great-granddaughter, Zahara; and numerous extended family members. Ron enjoyed hunting and road trips throughout the country and especially loved watching rodeo; he and Rose attended the NFR in Las Vegas for 26 years. Ron was a gifted athlete winning championships playing basketball and baseball in high school and college, driving his numbers '76' and '86' stockcar to victories and making hole in ones on the golf course. He was a member of the Colorado and Pueblo Bowling Hall of Fame where his passion for bowling began at the family bowling alley, Payne's Lanes. He taught school in District 60 for over 34 years. After retirement, he enjoyed farming and going to auctions with his favorite canine companion 'Peanut.' He always came home with something proclaiming it only cost a 'dollar.' Ron will be dearly missed by his friends and fondly remembered by those whose lives he touched. Service, 10 a.m. Thursday, Dec. 29, 2016, in Montgomery & Steward Chapel. In lieu of flowers, donations may be made to Sangre de Cristo Hospice-Fowler, 1207 Pueblo Blvd. Way, Pueblo, CO 81005, in Ron's memory. Online condolences, www.MontgomerySteward.com