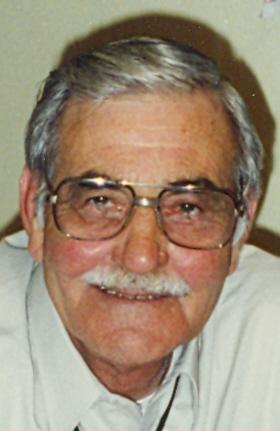 Roland Kenneth Timney, 80, born April 28, 1930, in Salida, Colo., passed away on Aug. 7, 2010, several years after being diagnosed with congestive heart failure. Preceded in death by his parents, Benjamin Jason Timney, Jr. and Polly Jones; brother, Benjamin J. Timney III, who passed away in early childhood; and foster parents, Lula and Jim Jefferson. Survived by his wife, Jeanette Meyer; children, Richard, Michael and Christopher Timney, Susan (Michael) Adams and Robert (Susie) Richards and their children and grandchildren. Other survivors include his sisters, Diana (Alan) King and Elizabeth Jones; brother, Donald Jones; mother-in-law, Genevieve Bell; sister-in-law, Claudia Bell; numerous cousins; and special friends, Gilda and Dan Dellinger. Also survived by former wife and mother of his sons, Mary Sears. His childhood home was in the mining town of Bonanza in the San Luis Valley. He graduated from Salida High School in 1949 and worked in the mining and timber businesses prior to enlisting in the US Marine Corps in February 1951 and attained the rank of sergeant a year later. Roland served in the Korean Conflict during 1953 and received the Good Conduct Medal (1st Award), National Defense Service Medal with two stars and the United Nations Service Award. After returning to civilian life, he worked for IBM at the Pueblo Army Depot and for CF&I Steel Co., then had a long career with Mountain Bell (US West, now Qwest) as a telephone lineman and in materials management. He was a talented guitarist and during high school in Salida he and lifelong friend, Larry Gatterer, performed on a local radio station. He continued to be active in country-western bands in the Pueblo area for several years prior to his retirement, and was the lead vocalist for Buddy Johnson's band. Roland loved the Rocky Mountains and spent much of his retirement camping out under his beloved 'quakies' in the Bonanza area and among the pinon pines near Trinidad. Viewing from 3 to 5 p.m. Sunday and funeral service, 2 p.m. Monday, Aug. 16, 2010, both in the Montgomery & Steward Chapel concluding with military honors by Pueblo Veterans' Ritual Team. Reception to follow in the Montgomery & Steward Banquet Hall. In lieu of food and flowers, donations may be made to Disabled American Veterans through Montgomery & Steward Funeral Directors, 1317 N. Main St., Pueblo, CO 81003. Online condolences, MontgomerySteward.com