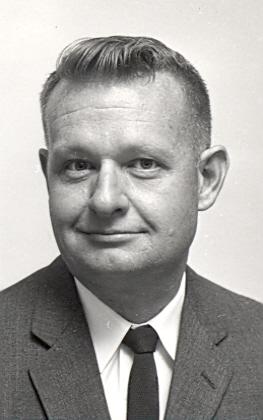 Robert W. MacCannon was born Jan. 16, 1929, in Denver, and died on Aug. 17, 2010, in Pueblo, at the age of 81. He was preceded in death by his parents, Bruce T. and Elisabeth S. MacCannon. He is survived by his wife of 55 years, Doris; daughter, Diane (Robert P.) Joyce of Rochester, Minn.; son, William Ross MacCannon of Chicago; brother-in-law, George E. Kersey of Boston, Mass.; three grandchildren, Kaitlyn, Elizabeth and Patrick Joyce of Rochester, Minn.; and good friend, James B. Copeland. Bob was a graduate of the Colorado School of Mines. He received his Metallurgical Engineer degree in 1951 and his Engineer of Mines degree in 1954. He served in the U.S. Army in the Korean War as a member of the 82nd Airborne Division. Bob worked his entire professional career in the Mining Department of CF&I from 1954 until his retirement in 1986. He was primarily involved in iron ore production for the company and worked at the Sunrise, Wyoming and Cedar City, Utah operations until his transfer to the main office, in Pueblo, in 1978. He was a past president of the Wyoming Mining Association. He was a lifetime member of the National Ski Patrol. On October 23, 1970, he received his appointment as National Ski Patrol #3730. He was a member of the Brian Head Ski Patrol in Southwestern Utah and the Casper Mountain Ski Patrol in Wyoming. Since 2001, Bob was a volunteer for The Bessemer Historical Society working on the CF&I Mining Department Archives. He is the author of the book 'Sunrise - A Chronology Of A Wyoming Mine' and co-author of the publication 'CF&I Coal Mines And Coke Ovens - A History.' Cremation has taken place. At Bob's request, there will be no services. Memorials in his name may be made to Sangre de Cristo Hospice, Bessemer Historical Society or Pueblo Animal Welfare and Protection Society through Montgomery & Steward Funeral Directors, 1317 N. Main St., Pueblo, CO 81003. The family wishes to express its special thanks to Kevin Johnson, M.D., for his exceptional medical care. Bob was a devoted father and husband. Although he will be deeply missed, his memory will live on through his family and friends. Online condolences, MontgomerySteward.com