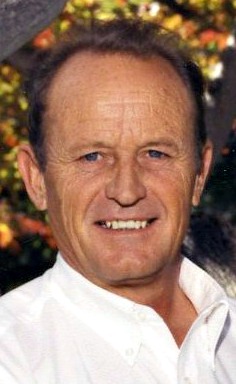 Robert E. Daniels, known to friends as 'Bob', passed away on November 28, 2018, at the age of 72. Bob was born March 4, 1945, in Akron, Colorado to Richard Daniels, Sr. and Olive Dell (Briard) Daniels. Bob graduated from Akron High School in 1962. After high school, he attended CSU Ft Collins where he graduated with honors and received a bachelor's degree in Political Science. As he was nearing the completion of his master's degree, he was drafted into the US Army to fight in Vietnam. In 1967, he married Sally Carlson, they were married for 51 glorious years. After the war, he managed a Kentucky Fried Chicken store in Shiprock, New Mexico. In 1975, he moved to Allison, Colorado where he and his wife, Sally, purchased the Country Market. After moving to Allison, he became a real estate broker and later, worked for the State of Colorado Division of Water Resources. After an enjoyable career, he retired from the State of Colorado in 2017. Bob thoroughly enjoyed his family and friends. His wife, girls, and grandchildren were the light of his life. He enjoyed interacting with friends and co-workers. Bob will lovingly be remembered by his wife, Sally and his daughters; Angela (Mark) Kleven, Joanna (Jeff) Williams. Bob will also be fondly remembered by his 3 grandchildren; Jessica, Lauren and Kent Kleven and by his sisters Beverly (David) Gebauer, Bonnie Massey, and brother Richard Daniels, Jr., numerous nieces and nephews. Per Bob's wishes no funeral services will be held but a private family service will take place in the spring. Memorial contributions may be made direct to the charity of your choice. Online condolences, www.montgomerysteward.com