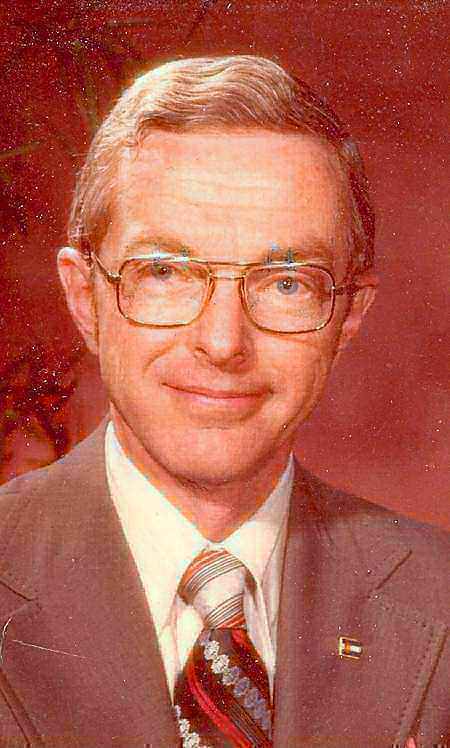 ROBERT A. 'BOB' JACKSON passed away July 27, 2012, after a lengthy and debilitating illness. Preceded in death by parents, Reimer L & Margaret W. Jackson and loving wife of 56 years, Nancy J. Jackson. Survived by children, Carol Jackson-Hilton (Bill), David M. Jackson (Mary Lou) and James L. Jackson (Alice); grandchildren, Robert P. (Eva), Patrick R. (Corinne), Stephen W., James R., Ashley L. and Brian T.; and great-grandchildren, Zoe, Leo, Max & Anastasia. He also leaves behind Rosalie Rivas, caregiver and loving friend. A gentleman, businessman & politician, Bob provided leadership to the community of Pueblo and Colorado. Serving on numerous boards and committees, he began his career with the purchase of the Chevrolet dealership from his father. Jackson Chevrolet which became Fortino-Jackson Chevrolet served this community for almost 70 years. Elected to the State Legislature in 1968, he was a State Representative for two terms but his influence in the political arena did not end there. He was appointed to numerous state boards which included the Water Conservancy District and State Fair Commission. He was always sought out by others for advice and counsel as he had an astute mind in dealing with a great many issues. Not only did he serve at a state level but he was asked to serve on numerous local boards throughout his lifetime. Being instrumental in bringing the Sangre de Cristo Art Center into existence, he served on its board for a number of years donating his time and money to making it one of the centerpieces of this community. He also established the Jackson Foundation which has granted millions of dollars in support of local charities and causes throughout Pueblo, many times giving advice and counsel to those services as well. His personal, civic and professional awards are too many to list but those recognitions serve as a testament to the outstanding individual he was and the asset he was to this community and to this state. He will be truly missed by family, friends and associates. There will be no viewing. Service, 11 a.m. Friday, August 3, 2012, at Praise Assembly of God, 2000 Troy Avenue, with Pastor Bobby J. Wilson officiating. The family respectfully requests the omission of food and flowers. Memorials may be made to Pueblo Cooperative Care or Sangre de Cristo Art Center in care of Montgomery & Steward Funeral Home, 1317 N. Main St., Pueblo, CO 81003. Online condolences, www.montgomerysteward.com.