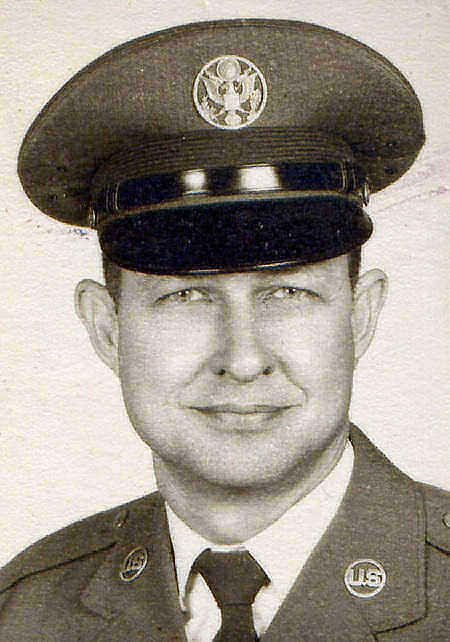 Richard E. 'Dick' Sandidge, 82, passed away at his home in Pueblo, Colo., on Tuesday, June 15, 2010. He was preceded in death by his parents, Louie E. and Lula Chapman Sandidge and his brother, Louie Jr. Dick was born in Pocahontas, Miss. on August 1, 1927. He was educated in Mississippi and at the University of Maryland. He had 23 years of combined service in the United States Navy, Army Air Force and Air Force, retiring as a Master Sergeant. While in the Air Force he served in the Air Attache Office in New Delhi, India. He also served at Upper Heyford AFB, England, in Vietnam and at numerous bases throughout the United States. After retiring from the military, he worked for IBM as a Senior Office Products Customer Engineer in Jackson, Miss. for 21 years and for Kodak for four years. He and his wife moved to Pueblo in 1997. He was an active member of First Presbyterian Church and a volunteer for ten years at Parkview Medical Center. Survivors include his wife of 61 years, Lilly Sandidge of Pueblo; son, Rick (Jeannie) Sandidge of Pueblo; daughter, Teresa Sandidge of Springfield, Ohio; grandchildren, TSgt Austin Caudle of Travis Air Force Base, Calif.; Lindsay (Chris) Slobodnik of Pueblo; SSgt Mike (Alicia) Sandidge of Ft. Campbell, Ky.; and Caitlin O'Hair of Fairfield, Calif. He also leaves step-great-grandson, Caleb; numerous cousins, nieces, nephews and other family. The family wishes to express their deep gratitude to his niece, Shirley Stewart, for giving so unselfishly of her time to come from her home in Indiana to help care for 'Uncle Dick' during his last days. Also the family offers sincere thanks to the staff of Parkview Medical Center and Sangre de Cristo Hospice. Viewing from 4 to 6 p.m. Friday in the Montgomery & Steward Chapel. Service, 1:00 p.m. Saturday, June 19, 2010, at First Presbyterian Church, 220 West 10th Street. Reception for friends and family will be at the church at 12:00 p.m., before the service. Full military honors and interment will follow at Imperial Memorial Gardens in Pueblo. In lieu of food or flowers, the family requests that donations be made to the United Service Organizations (USO), Sangre de Cristo Hospice, or American Cancer Society through Montgomery & Steward Funeral Directors, 1317 N. Main St., Pueblo, CO 81003. Online condolences, MontgomerySteward.com