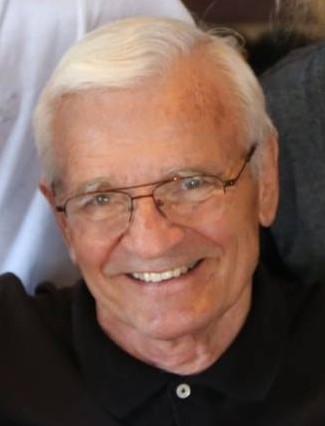 Richard E Pavlik, founder of the Colorado State University - Pueblo Mass Communications Department and co-founder of the Southern Colorado Press Club died October 5th, 2015 in Pueblo Colorado. He was 80. Pavlik founded the department in1965 after moving to Colorado from New York in 1963. He served as head of the department for more then 20 years prior to his retirement in 2001. He was one of the co-founders of the Press Club in 1974 and served as the organization's charter president. His students numbered in the thousands, with two achieving national prominence: John Hanchette, representing the Gannett News Service, won the Pulitzer Prize Gold Medal in 1980 and Dana Perino served as presidential press secretary under George W. Bush from 2007-09. The recipient of numerous awards, Pavlik was named CSU - Pueblo's fist Annual Educator of the Year in 1965 by the university's Student National Education Association and was named Colorado Journalism Educator of the Year in1987 by the Colorado Chapter of the Society of Professional Journalists: Sigma Delta Chi. In 1969, he was awarded a national fellowship from the National Foundation for Research and Education in Public Relations, sponsored by the Public Relations Society of America. Prior to affiliating with the Pueblo-based university in 1963, Pavlik taught two years at St. Bonaventure University in New York. He also served in a public relations capacity at West Liberty State College in West Virginia and as a visiting professor at the University of Nevada - Reno. A native of Cleveland, Ohio, where he attended the city's public schools, he received his academic degrees from the Ohio State University in Columbus. His bachelor's degree was in history and his master's was in journalism. Professionally Pavlik began his journalistic career as a staff writer for the United Press International. He also worked as a show room critic in the Reno/Lake Tahoe area for the Sacramento Union and Copley Newspapers, Inc., was the editor of the international space magazine, Spacewatch, and was director of publications for the National Council of Juvenile and Family Court Judges. He also served in the Army as an aerial photographer. Active in community and state politics, he was the chairman of his Democratic Party precincts and caucuses in both Colorado and Nevada. He was preceded in death by his wife, Wendy J. Pavlik; his parents, William F. and Marie S. Pavlik and his brother, Dr. William B. Pavlik. He is survived by his three children, Richard L. Pavlik, Rebecca A. Pavlik, Brett H. Pavlik and his four grandchildren, Hannah, Nick, Ellie and Ren Pavlik. A cancer survivor since 2005, he had been in ill health with heart and lung problems the past several years. Donations may be made to the Rick Pavlik Alumni Scholarship at Colorado State University - Pueblo, 2200 Bonforte Blvd., Pueblo, CO 81001. Memorial gathering, 4 to 7 p.m. Saturday, Oct. 10, 2015, in the Aspen Room at CSU - Pueblo Student Center, 2200 Bonforte Blvd. Online condolences, www.montgomerysteward.com