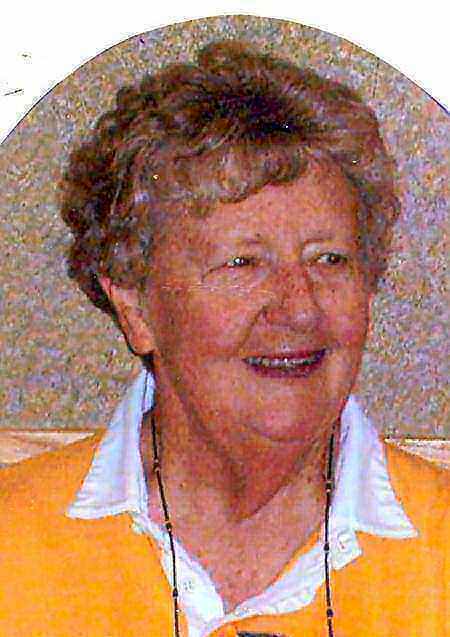 Phyllis Jean 'Phyl' Thompson, 78, passed away Aug. 30, 2010. She is survived by sisters-in-law; Susie Thompson of Kearney, Neb., Judy Thompson of Chicago, Ill.; nephews; Blain (Karen) Thompson and Stafford (Jean) Thompson, both of Johnson Lake, Neb. and Shannon Thompson of Kearney, Neb.; grandnephews, Bryan Thompson and Logan Thompson of Lincoln, Neb.; niece; Mariah Thompson of Lincoln, Neb., and special friend and companion, Beverly Beard of Pueblo, Colo. Preceded in death by her parents, J. Courtney and Stella W. Thompson; brothers, Donald C., Loren L. Thompson; and an infant sister. Phyllis was born to J. Courtney and Stella W. (Bunger) Thompson on Sept. 28, 1931, in Kearney, Neb. Phyllis graduated from Kearney's Longfellow High where she excelled in music and sports. She graduated from Kearney State College with a degree in English Education and was active in the Orchestra. After college, Phyllis taught in Kearney and Sidney, Neb. before gaining her Masters degree from Adams State College in Gunnison, Colo. in School Administration. In 1959, Phyllis joined the faculty at Pueblo District 60, as the director of the Physical Education program and Pep Club sponsor at South High School, later becoming a guidance counselor at both Pueblo South and later Pueblo Centennial High School. She retired after 30 years in the Pueblo School District. Phyllis was an avid Nebraska Cornhusker Football and Denver Broncos Fan. She enjoyed hunting, fishing and spending time at her cabin at Westcliffe, Colo. and spending time back in Nebraska with family. She was very involved in the community. Phyllis was an active member of the First Baptist Church in Pueblo and the First Christian Church in Kearney. She was a former member of the State Advisory Committee of the Colorado State Department of Education and received countless honors from educational, philanthropic and military organizations. Phyllis was honored by the United States Air Force Academy at Colorado Springs for outstanding recruitment of cadets. She touched several hundreds, if not thousands, of students over her many years as guidance counselor and took an active part in many students' education, assuring those that wanted to go on to higher education had an opportunity. She dearly loved all of her students and was well respected and admired by her colleagues and educators. There will be no viewing. Cremation, Montgomery & Steward Crematorium. Memorial service, 10 a.m. Thursday, Sept. 2, 2010, at First Baptist Church, 9th and Grand Ave., with Pastor Frank Proffer officiating. A memorial service will be held at Horner, Lieske, McBride and Kuhl Funeral Home in Kearney, Neb. Interment at the Kearney, Neb. Cemetery. Memorials may be made to First Baptist Church of Pueblo, Pueblo Frontier Hospice or P.A.W.S for Life through Montgomery & Steward Funeral Directors, 1317 N. Main St., Pueblo, CO 81003. Online condolences, www.montgomerysteward.com