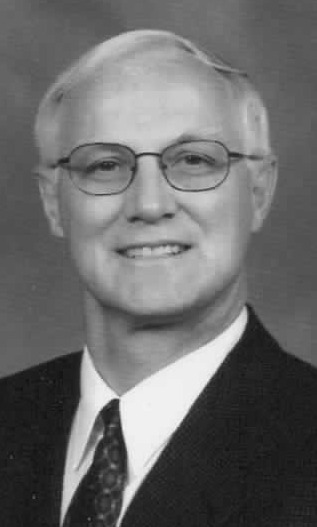 Paul P. McCaffrey, D.O., 65, passed from this life to the next at home with his family on May 31, 2015. Paul was born in Philadelphia, Pa. to Grace and William McCaffrey. Blessed to cherish shared memories are Pauline, his wife of 37 years; their children, Dr. Kathryn McCaffrey (Scott Gornick –fiancé), Kevin (Rohini Chandrashekhar) and John McCaffrey; also, children in spirit – Samantha Hitchcock, Candy Vandewater (Jeff, Tyler & Tara) and Petri Leivonen (Kaisu, Tobias, & Joonas). Memories will live on with his McCaffrey siblings in Philly - Joe (Ilene), Tom (Marianne), and Grace as well as Bill (Ruth) of Florida. Pueblo in-laws include Alan French, Carol (Glen) Fillmore, Linda Nelson, and John Wesley French as well as numerous nieces and nephews. Paul was preceded in death by premature son, Paul; parents, William and Grace and in-laws, John and Carolyn French. Growing up he played box ball, wire ball, wall ball and stick ball with the neighborhood gang in the narrow streets of Philadelphia row houses. Stories of his high school rowing team adventures are family favorites. At DeSales University in Allentown, Pennsylvania, Paul was on the soccer team and class president graduating in 1971. Paul's medical career began at the Philadelphia College of Osteopathic Medicine, on to an internship in Detroit then served in the National Health Service Corps in Walsenburg, Colorado where he met and married Pauline in 1977. After a residency in Norristown, Pennsylvania, Paul built an outstanding career as a family practice physician in Pueblo. In private practice for 30+ years he joined the new Kaiser Permanente office in 2009. Paul loved medicine and planned to work another 5 years when cancer intervened. Paul faced the challenge with Patience, Acceptance, Understanding, and Love. A bit of Irish humor was present when his brother Tom brought the ugly, frayed tie from the '60s that the two of them had exchanged in unique ways for decades to the hospital for Paul's surgery. The good natured surgeon, Dr. Ojemann, wore the tie in recovery as he checked on his patient – Paul noticed it! Although he enjoyed his profession, he loved the time he spent with family, friends and traveling. Talking medicine with daughter Kate, adventures with Kevin in South America and fishing with John in New Zealand were a few of the many highlights they were blessed to share. He and Pauline made the most of the past year with numerous trips including Oregon, leaving Alaska as the only state he did not get to in his travels. Paul was blessed to be born into a loving family and cultivated relationships with family, friends and co-workers that have shown such kindness and caring for him and his family. Words cannot express how touched the family is by the outpouring of support and love. The family would like to express their deep appreciation to the caregivers for their kindness, concern and professionalism. Drs. Kevin Johnson, John Stageberg, Travis Archuleta and their staff are exceptional as well as the staff of Sangre de Cristo Hospice and Visiting Angels. A private Mass will be held at the Cathedral of the Sacred Heart. We will celebrate Paul's life with a memorial service, 11 a.m. Saturday. June 6th, at the Sangre de Cristo Arts Center followed by a short reception. His ashes will be interred in Philadelphia after which an Irish wake will celebrate a life well lived. In lieu of flowers, please consider donations: St. John Neumann Catholic School, Fountain Valley School of Colorado, Sangre de Cristo Hospice, or charity of your choice. Paul also mentioned donating a set of books that would go to a school at www.dot-to-dot-books.org of which Kevin is a co-founder; children from several countries benefit. Online condolences, www.montgomerysteward.com