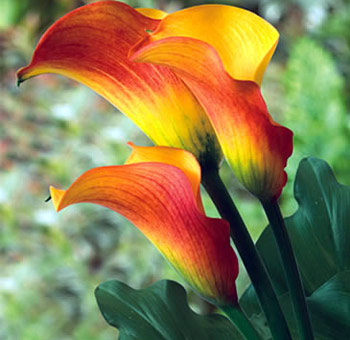 Minnie Pauline Simms, 95, died peacefully in her sleep in Casper, Wyo., on Tuesday, Feb. 26, 2013. Pauline, as she was known to her family and friends, was born Nov. 12, 1917, in Lamar, Colo., to Lewis M. And Martha P. (Scott) Scheurer. The family soon moved to Pueblo, Colo., where Pauline attended first grade at the old Fountain School, graduating from Centennial High School the night the Fountain River flooded. She met and married the love of her life, Cecil E. Simms at the First Church of the Nazarene, where she had given her heart to Jesus as a teenager. When WWII broke out and Cecil went with the Marines to the South Pacific, Pauline returned from California to Pueblo for the duration of the war. Upon Cecil's safe return, the couple moved with their two small children to Denver where she worked at several jobs, retiring from Ft. Logan Mental Health Center's Research Department. After her husband's death and fire destroyed their retirement home in Spirit Lake, Idaho, Pauline moved to Casper to be near her daughter and family, where she has lived since 1989. In Casper, she soon became part of the community, volunteering to rock babies for several day care facilities; helping in the Westwood school library; participating in Christian Women's Club and After 5 Outreach; and helping to deliver Meals on Wheels for several years with her daughter. She enjoyed participating in a weekly Bible study group where her knowledge of scripture was inspiring. She loved traveling, camping, fishing, and hunting with her family in the west. She was also an avid sports fan of the Denver Broncos, Colorado Rockies, and Colorado Avalanche. Pauline was preceded in death by her parents; one older brother, James M. Scheurer; an older sister, Mary Elizabeth Engelbrecht; and her beloved husband of 49 years, Cecil. She is survived by her older sister, Lucille Marie Thornton of Canon City, Colo.; daughter, Maureen (Rodger) Thompson of Casper; son, Michael Paul (Judith Ann) Simms of Safford, Ariz.; grandchildren, Davin and Bryon Simms, Candace Tadlock, Leticia Drake, and Kyle Thompson; eight great-grandchildren; and numerous nieces and nephews who have dearly loved her. Memorial Service, 11 a.m. Saturday, March 9, 2013, Belmont Church of the Nazarene, 1702 Bonforte Blvd., Pueblo, CO. Memorials can be made to Casper First Church of the Nazarene, Shepherd of the Valley Care Center, Maurice Griffith Manor, Set Free, Meals on Wheels, or a charity of the donor's choice. Online condolences, www.montgomerysteward.com