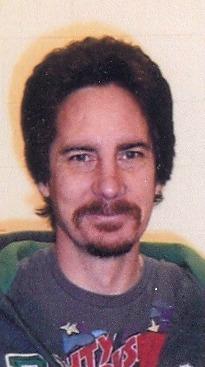 Michael N. Milisavljevich, 49, passed away Sept. 16, 2012, after a short and valiant battle against pancreatic cancer. He was born Sept. 14, 1963, in Pueblo, Colo. to Bob and Claudette Milisavljevich. He married Jeanna Norick on June 24, 1995. Mike worked as a treating plant operator at the Board of Water Works since July 2002. He loved his coworkers and they were clearly his second family. Mike will be remembered as a wonderful son, husband, brother and father. He had a quick and unique sense of humor, a big heart for kids and animals, and helping anyone in need. Mike always had a twinkle in his eye that preceded a cynical comment or funny quip. Mike enjoyed going to the CSU Thunder Wolves games and playing golf. He had a knack for finding just the perfect gift for someone. Watching NASCAR, the Colorado Rockies, the Denver Broncos, his kids' school and sporting activities, and fine-tuning every detail on his street rod and his cars were just a few of his hobbies. He absolutely loved watching his son Michael play baseball and Brandon play soccer. Mike is survived by his wife, Jeanna; his two young boys, Brandon and Michael; his mother and father, Bob and Claudette Milisavljevich; and his sister, Kendra Martellaro and her family, Chuck, Charlie, and Joey; his brother-in-law, Denny Norick and his family, Leah, Rachael, and Elliot; his in-laws, Donna and Jerry Norick; and his dog, Race. Mike is preceded in death by his brother, Rob Milisavljevich. There will be no viewing. Cremation, Montgomery & Steward Crematorium. Memorial Mass, 2 p.m. Friday, Sept. 21, 2012, at Christ The King Parish, 1708 Horseshoe Dr., with Msgr. Tom Adrians and Father Dan Norick concelebrating. Online condolences, www.montgomerysteward.com