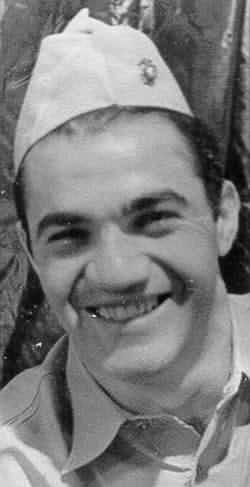 Michael 'Mike Snuzzy Martise' Maltese, 82, passed away March 17, 2001. Survived by his daughter, Donna Maltese of Houston, Texas; sisters, Lena Gordon and Rosie Fasulo, both of Pueblo; special nephew, Anthony (Lorraine) Fasulo of Pueblo and numerous other nieces and nephews. Preceded in death by his wife, Margaret Maltese on April 29,1999; parents, Charles and Jacqueline Martise; brother, Joe Martise and sister, Virginia Baiamonte. Mike was born February 20, 1919, in Pueblo. He served his country in the U.S. Marine Corp during WWII and retired as a millwright at the Pueblo Army Depot. There will be no viewing. Cremation, Montgomery & Steward Crematorium. The Memorial Mass will be held 1:30 p.m. Friday, March 23, 2001, at Sacred Heart Cathedral, 11th and Grand, with Reverend Father Leonard Racki as celebrant. Immediately following the service, family and friends will be received at Rosie Fasulo's home, 602 W. Orman. In lieu of food and flowers, memorials may be made to Sangre de Cristo Hospice through the funeral home.