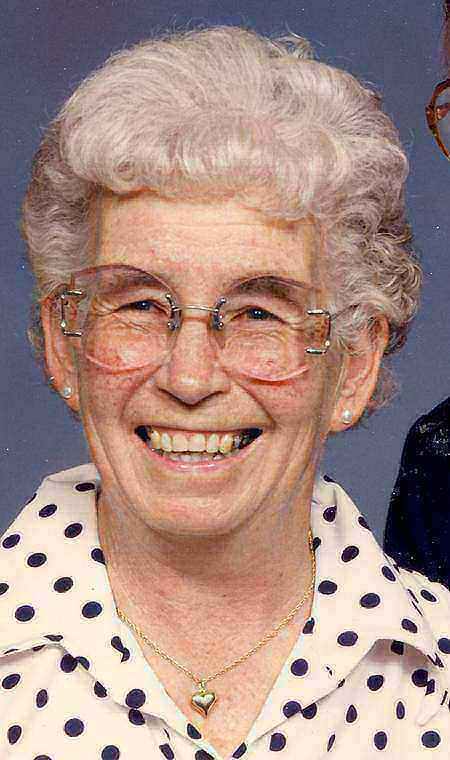 Mary Connor Wing, 88, passed away October 12, 2007, in Pueblo, Colorado. She was born in Victor, Colorado, August 20, 1919, where she attended school, married husband Ralph in 1938, worked at various jobs including owning and operating the Red Wing Liquor Store. She moved to Boulder in 1962 and worked at CU until her retirement. After retirement Mary spent many hours as a volunteer worker at the Sister Carman Community and other Sacred Heart Church projects. Since 1995, she has lived in Cañon City, Boulder and Pueblo.She was preceded in death by her husband, Ralph, in 2001; her parents, Jim and Alice Connor; and her brother, Bill. She is survived by her son, Ralph and his wife, Brenda Wing of Pueblo, son, Tom and his wife, Lynn Wing of Longmont and son, Marvin Wing of Cañon City; ten grandchildren and eight great-grandchildren; many nieces, nephews and a host of friends. A Rosary will be held 6 p.m. Wednesday, October 17, 2007, and a Funeral Mass 10 a.m. Thursday, October 18, 2007, at the Sacred Heart of Mary Church, 6739 South Boulder Road, Boulder, Colorado., with the Reverend Father Michael Gass as celebrant. Donations may be made to the Sister Carmen Community Center, 307 East Simpson Lafayette, Colo. 80026. Online condolences, www.montgomerysteward.com *****