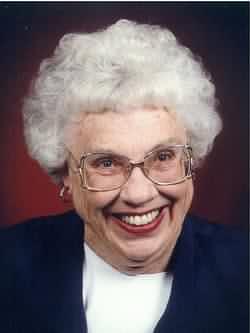 Mary Ann Chenoweth, 76, died at her home on February 7, 2001, after a lengthy illness. She is survived by her husband, John E. Chenoweth of the family home; her daughter, Beatrix C. Peck and husband, Larry, and children, David and Thomas, all of California; and her son, John K. Chenoweth and wife, Janice, and children, Carey and Robert, all of Kansas. Mary Ann was the daughter of Donald Robert and Emma Beatrix Kennedy, and was born December 27, 1924, in Pueblo. She was raised in Trinidad, Colorado and graduated from Trinidad High School. Mary Ann attended Colorado College, Allegheny College in Pennsylvania, and graduated from the University of Wyoming with a B.A. in journalism. She was a member of the Chi Omega sorority. Mary Ann was employed at the University of Wyoming Alumni Office, and later taught journalism at Western State College in Gunnison. She was also a reporter for the Trinidad Chronicle News. In 1953 she married John E. Chenoweth in Trinidad. They resided in New Jersey and in Oklahoma for 17 years, and moved to Pueblo in 1975. Mary Ann was an active member of P.E.O. for over 50 years, locally in Chapter AU. As a P.E.O., she was dedicated to the mission of Cottey College. She was a member of the First United Methodist Church; and an active supporter and volunteer in many community organizations, including Friends of the Library, Habitat for Humanity, El Pueblo Boys & Girls Ranch, D.A.R., Assistance League of Pueblo, and the Republican Party. She was a talented artist and creative in all areas of her life. She enjoyed traveling, reading, and spending time at the family cabin in the Sangre de Cristo mountains. There will be no viewing. Cremation, Montgomery & Steward Crematorium. A memorial service will be held 10:30 a.m. Monday, February 12, 2001, at First United Methodist Church, 11th and Court, with Reverend Jean Schwien officiating. The family respectfully requests no flowers or food. Memorials may be made to Cottey College, 1000 West Austin, Nevada, Missouri 64772.