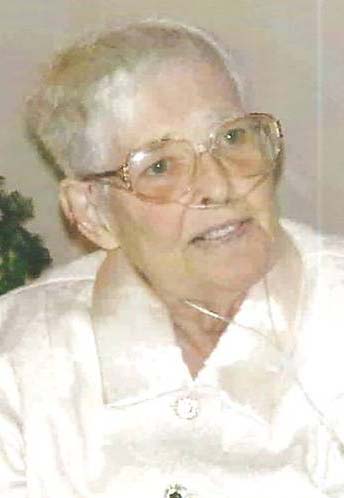 Martha L. Tedrow, 77, of Pueblo, Colo., passed away July 28, 2008. She was born Sept. 23, 1930, in Pueblo. Survived by her husband of 55 years, Les Tedrow; brother, Robert (Lena) Hench of Pueblo; daughter, Martha Jane (Bruce) Long of Broomfield, Colo.; son, Robert L. (Cindy) Tedrow of North Canton, Ohio; and six grandchildren, Alex Long, Sean Long, Victoria Tedrow, Timothy Tedrow, Tyler Tedrow and Thomas Tedrow. Martha attended Centennial High School and Pueblo Jr. College. She worked at the Colorado State Hospital where she became a Registered Medical Technologist, ASCP. Martha was also employed for many years at New Cannan High School, in Connecticut. Her students loved her and she them, as she always put them to the task. Martha was a loving wife and mother, and was especially proud of her children. She was an avid bridge player and wherever she went she filled the room with her grace and charm. Anyone who knew her looked forward to her jokes and experiencing her contagious wit. Martha was blessed to have a wonderful friend and care giver, Valerie Vigil, during her time of need. Her being with the family for 22 years made the entire family so grateful. Martha was a member of Beta Sigma Phi, Ruhama Temple #71, Daughters of the Shrine Club and the Pueblo Ladies Shrine Club. Memorial service, 11 a.m. Friday, August 1, 2008, in the Montgomery & Steward Chapel. In lieu of flowers, memorials may be made to Shriners Children's Hospital through Montgomery & Steward Funeral Directors, 1317 N. Main, Pueblo, Colo. 81003. Online condolences, www.montgomerysteward.com