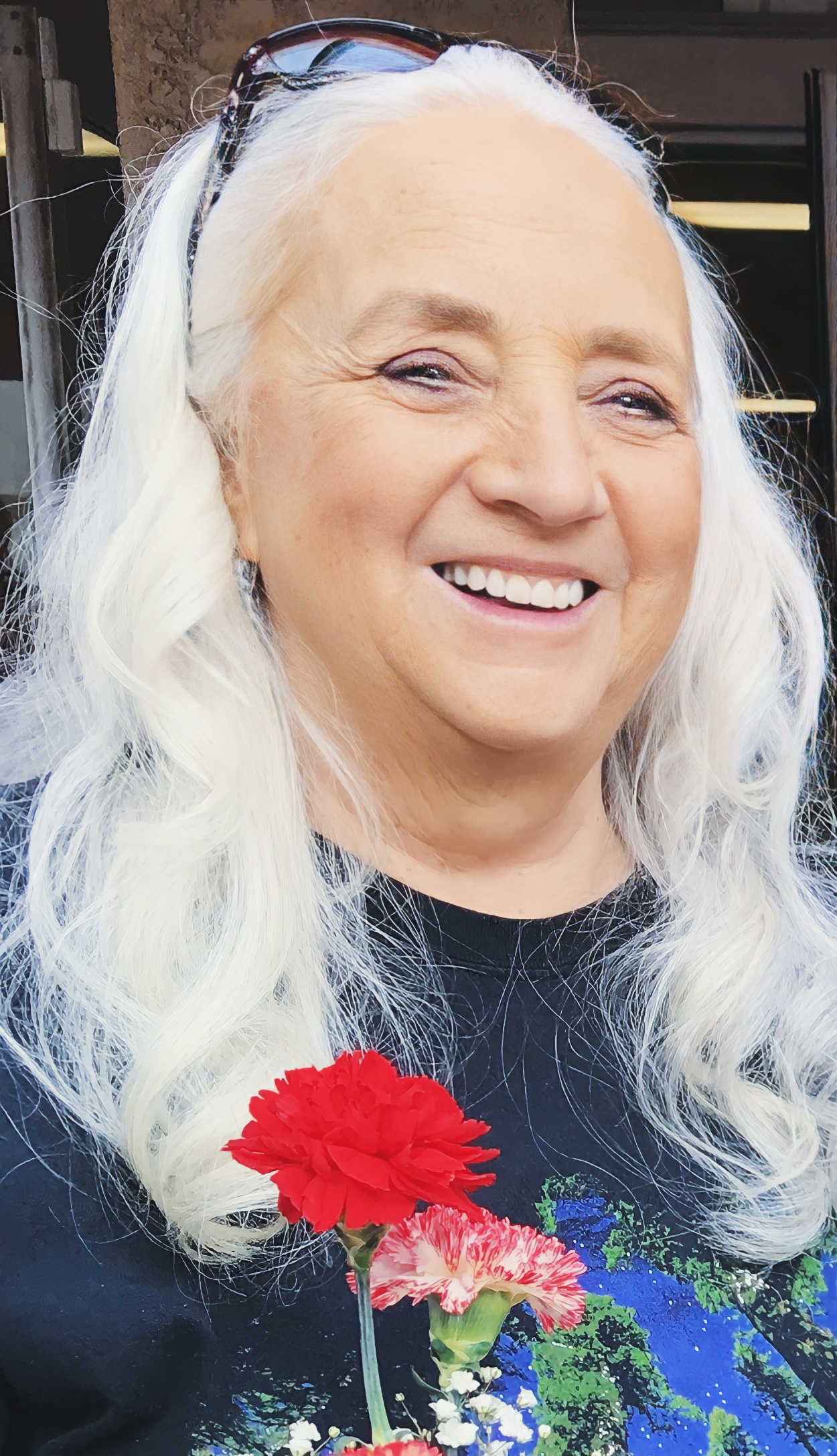 Margaret Ruth Wodiuk was born March 28, 1944, in Watsonville, Calif. to Joe and Betty Wodiuk. Betty worked in Watsonville supporting the war effort. Joe served in the US Army in the Pacific Theater. She first met her father on his return after the war ended. The family of three returned to Pueblo, Colo. where Joe began the family business of Aztec Mfg. Betty became the mother to nine more children; Dorothy, Betty Jo, Patrick, Mary Kay, Mike, Joe, Dan, Dave and Chuck.
Soon after graduating from Pueblo Catholic High School, Ruthie hightailed it for Las Vegas, Nev. For the next three decades, she held numerous jobs as a Bookkeeper, Bartender, Personal Tax Accountant and who knows what else. Ruthie could entertain you for hours with stories about the evolution of “Sin City”.  She always had more than enough people and animals collected around her, who she called ‘family’.
In the 1990s, Ruthie moved to New Mexico where she was a beloved manager at the Pendaries Golf and Country Club Resort. In 2012, Ruthie suffered a severe stroke that required her to return home to Pueblo, Colo. where she enjoyed living close to family and friends. A special thanks to her beloved, lifetime friend, Carol Herman.
On May 19, 2022, Ruthie peacefully gave up her struggle with brain cancer. She was received by the ‘Spirit in the Sky’. Sloopy Ruth would want you all to love each other and celebrate each day.
Memorial Mass, 10 a.m. Thursday, June 16, 2022, at Sacred Heart Catholic Church, 25457 CO-69, Gardner, Colorado.  Interment, Valdez Cemetery, Gardner, Colorado.