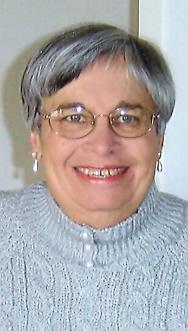 Linda Kay Bruning Fredricks of Pueblo West, Colorado, was born in Quincy, Illinois, on February 2, 1947, to Helen and Glen Bruning. She was their only child. After a courageous battle with cancer, Linda went home to be with her Lord on Oct. 10, 2006. Linda grew up in the Chicago land area. She attended Midwestern College in Iowa and in 1971, received a double degree in Sociology and Psychology. Her employment took her to Altoona, Pennsylvania for several years. She then returned to Illinois and worked for Honeywell where she met her husband, Jon. They were married on September 13, 1975. In 1979, employment took the Fredricks to Colorado Springs, Colo. Linda became a homemaker and very active in volunteer work in Colorado Springs. In 1982, Linda recovered from the disease of alcoholism. Her philosophy from that day on was 'the joy is in the journey'. She truly lived every minute of her life to the fullest. Within eight months she started work within the prisons carrying the message and has done so for 22 years. It has been her greatest passion sharing experience, strength and hope. In 2003, Jon and Linda retired to Pueblo, Colo. In retirement, they were able to travel the U.S., take many cruises, and travel overseas. Among Linda's passions were The Soup Kitchen and working with the homeless through their church. Linda was known by her laugh, she loved to laugh and to live and enjoy the moment. She loved animals. Through the years Linda was an avid crocheter of sweaters. She became a crafter going to many craft fairs throughout Colorado. Linda is preceded in death by her parents and step-grandson. She is survived by her husband, Jon Fredricks; three stepchildren; four step grandchildren; godson, Joshua Wieczorek; sister-in-law and brother-in-law, Merlaine and Charles Fuller; numerous nieces, nephews, cousins and friends. Cremation, Montgomery & Steward Crematorium. A memorial service will be held 10 a.m. Monday, Oct. 23, 2006, at the Wesley United Methodist Church, 85 Stanford, in Pueblo, with the Reverend Kim James officiating. In lieu of flowers, friends of Bill W. may make contributions to the General Service Office, all others to the Pueblo Animal Shelter, through Montgomery & Steward Funeral Directors. Online condolences, www.montgomerysteward.com.