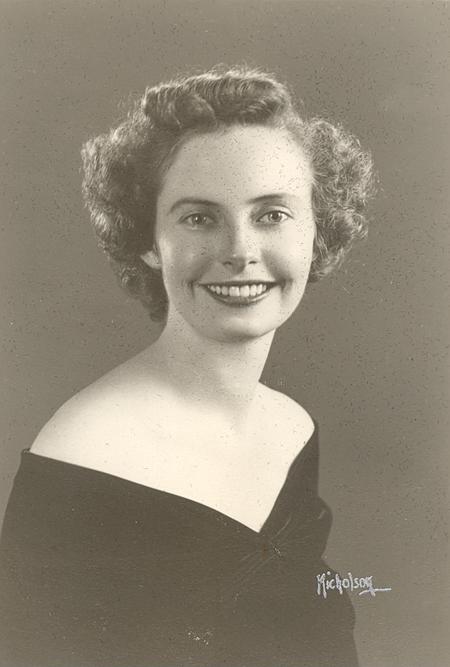 Lila Louise Fitzgerald, 80, of Pueblo, passed away on August 2, 2009. Lila was born on June 16, 1929, the only child of Madalyn Rose and Fred C. Sullivan. She is survived by her three sons, Mark Stephen (Mary) Fitzgerald of Houston, TX, Michael Stuart Fitzgerald of Steubenville, Ohio, and Douglas Matthew Fitzgerald of Pueblo; her sister, Juanita Park of Phoenix, AZ; five grandchildren, April L. Fitzgerald, Joseph B. (Devin) Hunter, and Allen B. (Candace) Hunter, all of Houston, Joseph T. (Irene) Fitzgerald of St. George, Utah, and Alexandra D. Fitzgerald of Steubenville. Lila is also survived by five great-grandchildren, Lila Josephine and Ava Catherine Fitzgerald of St. George; Evie M., Jackson C. and Brock S. Hunter of Houston. Lila was a 1947 graduate of Canon City High School and received her diploma from the Seton School of Nursing of Colorado Springs in 1950. She received her B.S. in behavioral sciences from Southern Colorado State College in 1969. She married Robert Fulton Fitzgerald on January 2, 1951, in Canon City. Robert preceded her in death on October 27, 2006. Lila was a registered nurse for St. Thomas More Hospital of Canon City; the Community Clinic of Pueblo; the Weld County Health Department of Greeley, CO; and Parkview Episcopal Hospital. She taught in the practical nursing program at Southern Colorado State College from 1970 to 1973. She served Pueblo Community College as an instructor and director in the psychiatric technician program from 1973 until her retirement in 1983. 'My life has been wonderful, with all my important hopes and dreams fulfilled,' Lila wrote for her class of 1947 50th reunion book. 'I wanted to be a nurse, a wife, a mother and a grandmother. . . .I thank God for the many blessings we have.' Donations may be made in memory of Lila to the No Kill Animal Shelter, 800 N. Pueblo Blvd., Pueblo, CO 81003. There will be no viewing. Service, 10 a.m. Friday, Aug. 7, 2009, in the Montgomery & Steward Chapel, 1317 N. Main St., Pueblo, Colo. Interment will follow at Mountain View Cemetery, in Pueblo. Online condolences, MontgomerySteward.com