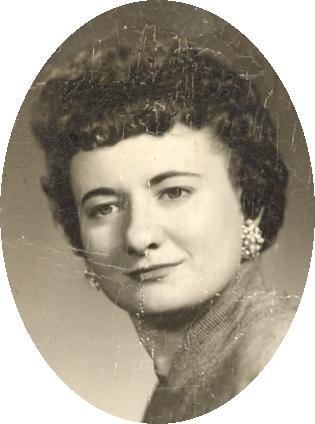 Leota 'Lee' Ann Reynolds, 85, was born March 1, 1925 in Metamora, Illinois. Passed away on April 28, 2010. Lee is survived by her loving husband of 56 years, Ernest Reynolds; children, Robert 'Bob' (Vivian) Monge, Denise (James) Selak, and Damon (Julie) Reynolds. Also survived by seven grandchildren, Tina (Jeff) Selak-Klaus, Michelle (Robert) Barthelemy, Robert G. Monge, Benjamin Reynolds, Kayla Reynolds, Miranda Ridder, Adrianne Ridder; two great grandchildren, Kimberly Barthelemy and Zachary Barthelemy. She is preceded in death by her parents, Oleta and Guy Head. Lee worked many years in Pueblo as a waitress and restaurant manager. She was an excellent cook and she loved camping and fishing, sports, country music, dancing, and her many long standing friendships. Lee had a special love for her dogs Romo and Sammy. She was devoted to her family and especially enjoyed family gatherings and holidays as well as her role as wife, mother, and grandmother. She will be sadly missed by all her family and friends who love her. At Lee's request there will be no services. Cremation has taken place. In lieu of flowers, contributions may be made to the Joni Fair Hospice House, 1107 Pueblo Boulevard Way, Pueblo, Colorado 81005. Online condolences, www.montgomerysteward.com