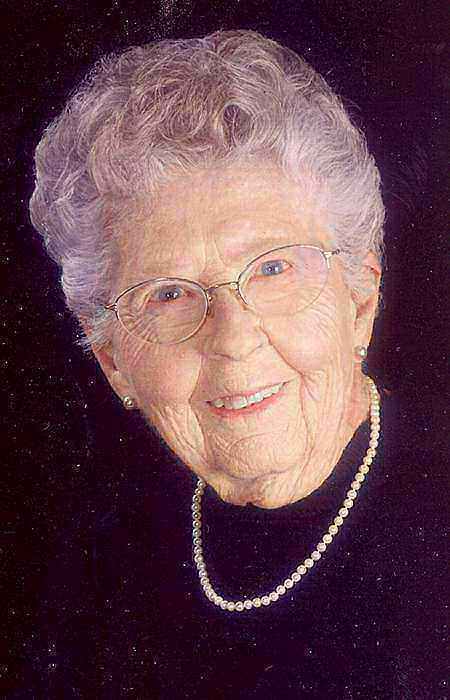 Leona R. Zimmerman, 96, reunited with her adored husband Walter in heaven on June 13, 2011. Leona was born in Pueblo, Colo., on June 2, 1915, the youngest of six children descended from the Sease family, original settlers of the Beulah Valley. She graduated from Pueblo Central High School in 1933 and married Walter T. Zimmerman on January 15, 1937. They were married 45 years until his death in 1982. After her daughters were all in school, Leona worked as a secretary in School District #60, serving at Centennial High School, Central Grade School and finally at the Administration Building until her retirement in 1980. She was a talented pianist and consummate accompanist for 92 of her 96 years! She was also a skillful seamstress and an avid reader. Leona was a member of PEO Chapter DU and Arkansas Valley Chapter DAR, and member and Past Matron of Pueblo Chapter No. 7, OES, and past Grand Organist of Colorado. In addition to her Walter, Leona was preceded in death by her daughter, Anne and son-in-law, Ray Pearl. Left to cherish many loving memories are daughters, Nancy DeNiro of Aurora and Kay (Hugh) Clum of Pueblo West; grandchildren, Joanie (Clayton) Briggs of Canon City, Cyndy (Mike) Stiller of Lakewood, Steve Countway of Denver, Susan Holter of Centennial, Sheila (Dan) Kraus of Pueblo, Shannon (Steve) Ausborn of Aurora, and Jennifer (Doug) LaChausse of Pueblo West; 17 great-grandchildren and seven great-great-grandchildren. Leona took great pride in her family and loved being among all her little ones. Viewing one hour prior to the service. Funeral service, 11 a.m. Thursday, June 16, 2011, in the Montgomery & Steward Chapel with the Rev. Dr. Rick Calhoun officiating. Interment, Roselawn Cemetery. Those who desire may make memorials direct to a charity of choice. Online condolences, MontgomerySteward.com