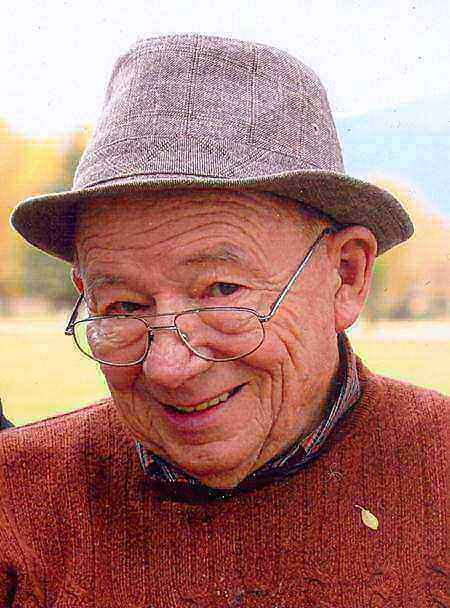 Laurence Theodore 'Ted' Goetz died April 29, 2009, at University Park Care Center following a lengthy illness. He was born Sept. 24, 1937, in Chicago Ill., to Vincent and Mildred Goetz. Ted served in the U.S. Army three years including time during the Cold War and Cuban Missile Crisis. While spending one year in Korea, he volunteered his time teaching Korean students English. He was married to his college sweetheart Lenore Charlene (Swain) Goetz in Colorado Springs Oct. 19, 1963. Ted was active in his church at Pueblo's Christ the King Catholic Church as a member of the Knights of Columbus, church choir and as an usher. He was a painting contractor by trade in the Colorado Springs and Pueblo areas, however, Ted always said his most important job was being a husband and father. An avid model railroader, he spent much of his free time chasing trains on the Joint Line and building models in his basement. Taking road trips throughout Southern Colorado and Northern New Mexico with Charlene was one of his favorite activities. He enjoyed picnics and barbecues with family in the backyard. He was preceded in death by his parents; sister, Jeanne Nonko; and brother-in-law, Jon Nonko. Ted is survived by his wife, Lenore 'Charlene'; three sons, Michael 'Mike' (Adrienne) Goetz, Pueblo, John Goetz, Salida and Paul (Denise) Goetz, Salida; grandson Marcus Goetz, Salida; sister, Mary (Larry) Koch, Grove, Okla.; sister-in-law, Mariem Lenfest, Kiowa; aunt, Florence Waltman, Cañon City; and numerous nieces and nephews. Funeral services have been made through Montgomery & Steward Funeral Directors and the funeral Mass will be held at 10:30 a.m. Saturday, May 2, 2009, at Christ the King Catholic Church, 1708 Horseshoe Dr. Online condolences, www.montgomerysteward.com