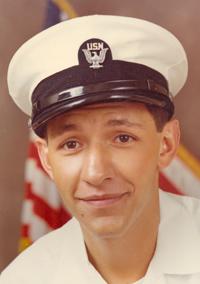 Keith Oscar 'Buff' Hed II, 51, of Pueblo, Colorado, passed away on November 9, 2007. Survived by his wife, Deanna Hed; children, Joshua Hed, Brittany Hed and Hazel Abear. Also survived by his parents, Keith and Sally Hed; sisters, Diane FitzGerald, Donna Hed and LeeAnne Hed; brother, Michael (Lisa) Hed; aunt, Toni VanZandt; cousin, Gary Parr; and numerous nieces and nephews. Predeceased by grandparents, Oscar & Ruth Hed and John and Lola Cozzetta; aunt and uncle, Tiny and Joann Yates; uncle, Norman Hed; sister, Lorretta Boyd-Hed; and uncle, Joseph VanZandt. Buff was a Veteran of the US Navy. Buff worked in the mining industry and also at Transit Mix. Buff loved to fish and hunt. Buff loved to spend time elk hunting with his dad and brother Mike. These were some of his most special memories. Buff was a devoted son to his parents. Buff would call them everyday to see how they were and if they needed anything. Buff was a good brother, always there to help. Everyone was Buff's friend and he always made them feel welcome. Buff was honest and really enjoyed living life to the fullest. Buff's favorite song was 'Return to Sender' and he couldn't help singing and dancing whenever he heard it. Buff loved to laugh and joke around. Buff was a Leap Year Child, born February 29, 1956, (now age 12), no wonder he was a kid at heart. It was seldom that you didn't hear him laughing and see a huge smile on his face. Buff even kept his sense of humor during his lengthy illness, even in his last moments he had a smile on his face. A private family service, with military honors by Pueblo Veterans Ritual Team, was held in the Montgomery & Steward Funeral Chapel. Wake Celebration, with family and friends, in honor of Buff's life from 3 to 5 p.m. Thursday, November 15, 2007, at The Elks Club, 426 N. Santa Fe Ave. Online condolences, MontgomerySteward.com