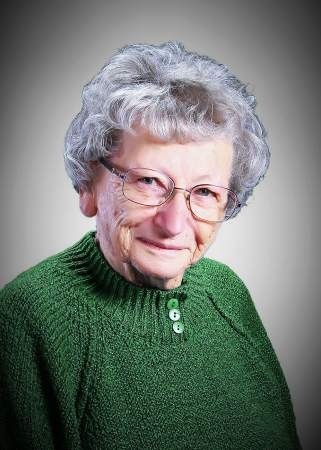 Judith M. Frankenburger, RN, BSN, MSN, 88, passed away Oct. 8, 2015. Survived by sister, Sophie Lee of England; daughters, Pauline (Walter) Menge of Pueblo and Valerie (Dwayne) Cannon of Texarkana, Tex.; five grandchildren; five great-grandchildren; two great-great grandchildren; and special 'adopted' daughter, Connie Oelrich. Preceded in death by loving husband of 50 years, H.L. Frankenburger. Judith was born in London, England on October 26, 1926, was in the British Air Force WWII where she met her husband. She became a naturalized citizen in 1948, and began her nursing career in 1971 at Parkview Hospital as an LPN in the ER department and also ran the dialysis unit. Judith then became the director of nursing for Southeast Colorado Hospital and guided the hospital to JCAHO accreditation. Her nursing career continued at Saint Anthony's Hospital in Denver and emergency department supervisor in La Junta. She received her BSN from CSUP and her MSN degree at Regis University Denver. Judith taught courses at PCC and at the age of 71 she started as a volunteer at AARP where she implemented many new programs including the 55 Alive Safe Driving courses. She also volunteered for SRDA as a SHIP Guidance Counselor until her health made her quit. She received many awards including the 2006 Ethel Andrus Award, Nurse of the Year, induction into the CNA Hall of Fame to name a few. She was selected as the 2014 Senior Citizen of the Year by the Pueblo Area Agency on Aging Selection Committee of which she was extremely proud. Judith was a shining example of what makes an outstanding volunteer with her dedication, reliability and attention to details. She was a member of the Nursing Association, Past President of AMA and CMA, SRDA, and AARP to name a few. Cremation, Montgomery & Steward Crematorium. Memorial service, 10 a.m. Saturday, Oct. 17, 2015, at Park Hill Baptist Church, 4235 Parkhill Place, with Reverend Cox officiating. In lieu of flowers, please make contributions to SRDA of Pueblo, 230 N. Union Ave., Pueblo, CO 81003. Online condolences, www.MontgomerySteward.com