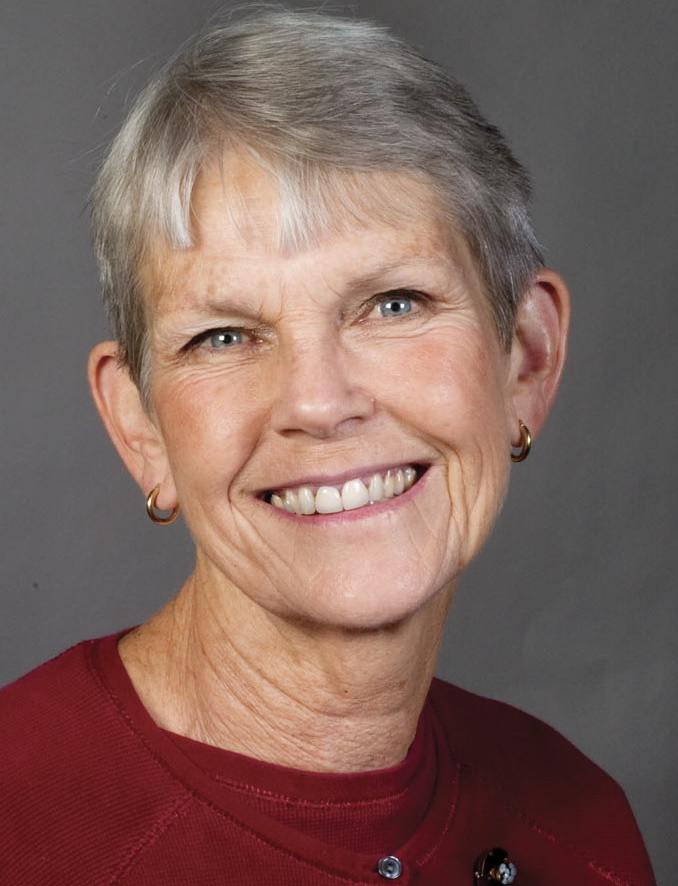 She was born to Jean Kelleher Porter and Edward Lloyd Porter on July 29, 1948, in Niles, MI. At the age of six, she moved with the family to Pueblo, the community where she would spend the rest of her life. Judy graduated from Pueblo Catholic High School in 1966 and then Southern Colorado State College in 1970.

She worked part-time at The Pueblo Chieftain after high school and would spend the rest of her career there before retiring as sports editor in 2012. Although organized athletics were not available to her as a girl growing up in the 1950s and 1960s, Judy loved telling the stories of the teams, players and coaches in Pueblo and the rest of Southern Colorado.

For her work as a sports reporter and editor, she was inducted into the Greater Pueblo Sports Hall of Fame in 1997 and the Colorado High School Activities Association Hall of Fame in 2016.

The Chieftain also was where she met her husband Jack Hildner. The couple married on May 7, 1968, at Sacred Heart Cathedral in Pueblo. They shared a love of reading, travel and sports, especially rooting for the Broncos and the Rockies.

She served in various capacities for the Pueblo Newspaper Guild, the Southern Colorado Press Club, the Runyon Field Sports Complex and the Rosemount Museum Auxiliary.

She was a friend of Bill and gained strength and friendship through that association.

Her husband, Jack Hildner; her parents, Jean and Edward Porter; and her infant brother, John Porter, preceded her in death.

A memorial will be scheduled at a later date.