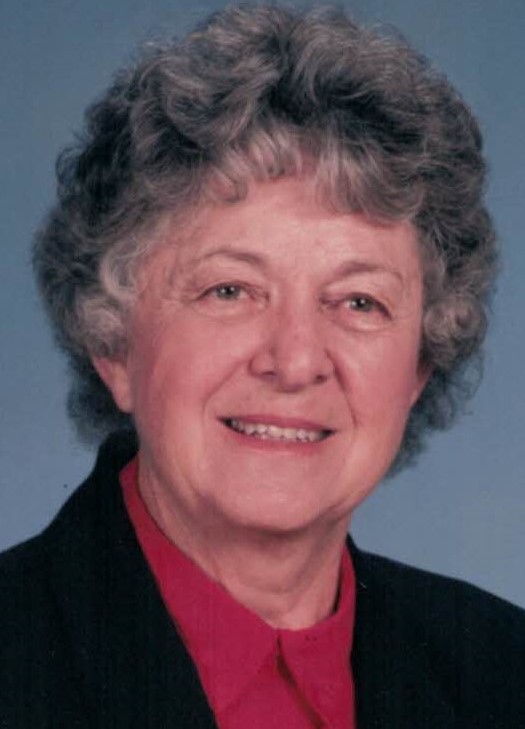 Josephine S. Barnard, a/k/a Amy Josephine Stewart Barnard, was born March 27, 1921, on an Easter Sunday in La Jara, CO at the home of family friend, Dr. Blizzard. She was always known as Jo or Josephine. She passed away January 16, 2019 at the Fowler Health Care Center. Her parents were William and Amy Paulson Stewart of the Stewart Ranch near the confluence of the Rio Grande and Conejos Rivers. She grew up on that ranch, and attended several rural and small town schools, often attending where her mother was a teacher. After graduating from Excelsior School she attended Adams State College. At age 15 she worked in a pea processing shed at Estrella, CO. She often rode a horse the 18 miles to work. She had a scholarship and job earnings to begin her college career when she was 16. She graduated in 1937. The No. 6 School offered Jo Stewart a teaching job east of Fowler. She taught there and in Fowler for several years in the 1940s and 1950s. While there she met Joel (Jake) Barnard and they married in Glendale, CA November 12, 1942. They lived in several U.S. cities while he prepared for service in Europe during WWII. During his service in the military, she lived at the Stewart Ranch. In 1945, he returned and they began farming east of Fowler. They lived in the same farm home most of their marriage. In 1951, they moved to a ranch southeast of Alamosa. They enjoyed many adventures there until 1957 when they returned to the farm. Mrs. Barnard's greatest passion was music. For 35 years she was organist of the Fowler Christian Church, and enjoyed the piano especially. She played for many funerals and weddings. She was also known for her excellent food preparation, her many collections (hundred of dolls and dishes, and other interesting items) and love of reading. She taught school again for one year, 1961-62, and when she was offered a job assisting Dr. McDonnell she quickly took it because teaching had become too exciting. She had many diversions, and eventually many descendants. They are: two daughters, Nancy (Lowell) White, Judy (Lee Newhard) Barnard; grandchildren, William (Beth) Cokeley (with daughter, Krystal (Jeff) Quillin, sons, Ryne, Reese and Sammy Cokeley and grandchildren, Tae, Jovie and Milo Quillin, and Cooper Cokeley); Brinda (Erik) Wohlgemuth (with sons Nathan (Sage), daughter Michelle, sons Daniel and Matthew); Julene (Michael) Ottinger (with daughter, Elizabeth, son Thomas and daughter, Rebekah: Kenric (Sona) White (with son, Troy and daughter, Alexa) and Phil (Amy) White (with daughters Hannah, Heidi and Annie and son Owen); grandson Ray (Emily) Barnard and grandson Jay Barnard (and son JJ) for total of seven grandchildren, 18 great grands and four great-great grands. Her husband, Jake, son, Jon and a granddaughter-in-law, Jessica (Jay's wife), preceded her in death as well as her five brothers. The family appreciates caregivers at Fowler Health Care, her caregiver friends, Teri Geringer and Ellen Schulz and grandchildren Michelle and Daniel who helped with her care. For those wishing to make donations in her memory, the family suggests the Fowler Museum or organizations helping wildlife. A celebration of her life will be February 9, 2019, at 2 PM at Cottonwood Links Clubhouse, 1 Cottonwood Lane, in Fowler, CO 81039. Online condolences, www.montgomerysteward.com